The Qatar Tourism Authority (QTA) has announced that they will soon offer a complimentary tourist visa for travelers of all nationalities valid for up to four days, issued upon arrival in Doha. 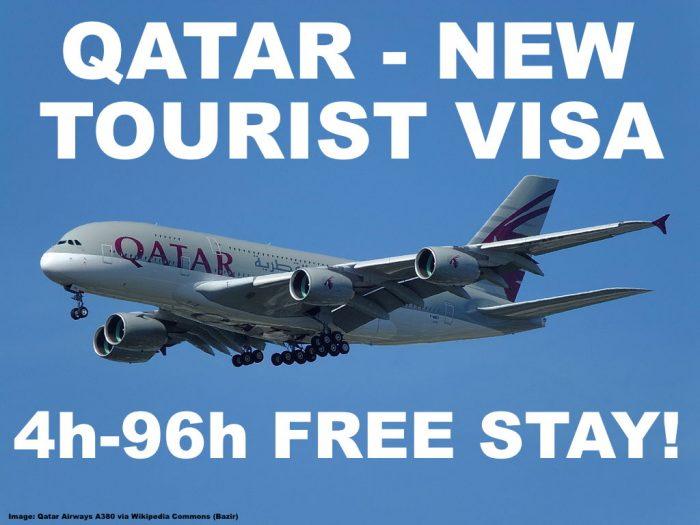 So far most travelers who wish to stay in Qatar even for a limited amount of time have to purchase a visa on arrival that costs a significant amount of money unless one is eligible for the Qatar Airways Stopover package.

Considering the effort and costs that Qatar underwent to attract travelers to Qatar Airways and Hamad International Airport it was always a mystery to me why Qatar would levy such high visa charges on potential visitors that might discourage people from entering the country and rather just change flights.

QatarDay (see here) wrote about this new measure which was announced on World Tourism Day.

The Qatar Tourism Authority (QTA), Qatar Airways (QA) and Qatar’s Ministry of Interior (MoI), as a step to promote the country as a world-class stopover destination, has declared a revised, free-of-charge tourism visa scheme for passengers transiting through Doha.

Moreover, the new transit visa structure allows passengers with a minimum transit time of five hours at Hamad International Airport (HIA) to stay in Qatar for up to 96 hours (four days). The transit visa will be available on arrival at HIA to passengers. The visas are issued by the MoI, under its discretion. …

Chief Executive officer of Qatar Airways, Akbar al-Baker, said that the airline wants to enhance the journey of all passengers, for which it has restructured the fares as a way to promote this initiative.

QTA’s chief tourism development officer Hassan al-Ibrahim echoed these statements saying that by offering an enhanced transit visa to passengers travelling through HIA, passenger can get a hang of Qatar’s hidden beauty.

Restructuring the fares of Qatar Airways sounds to me like they are offering free stopovers on their tickets to passengers who want to stop at Doha for a few days.

As far as Qatar’s ‘hidden beauty’ goes… it must be hidden quite well because so far I haven’t seen anything remotely nice or interesting there. That might change though once the National Museum of Qatar is going to open it’s doors which is expected to be a masterpiece in itself.

So far there has been no announcement when this new regulation will come into affect. All the sources mentioned in the article haven’t published any date yet so we will keep our eyes open and inform you accordingly. In the meanwhile you can refer to this chart if you’re interested in current visa costs for Qatar.

In the meanwhile Qatar Airways still offers their complimentary stopover option for eligible travelers or those who wish to pay a nominal fee for it while traveling on ineligible itineraries.

I mostly try to avoid countries that charge a Visa on Arrival fee when there is little to no touristic value behind it. It’s a money grab and I fail to see the point at a country such as Qatar which is splurging left and right.

This measure was overdue and will help to promote Qatar as a tourism destination. They have a good variety of hotels there (I personally like the W as well as the Grand Hyatt) but they aren’t cheap.