Germany’s Lufthansa board of directors has approved a complete takeover of Brussels Airlines which will completely integrate the Belgian carrier into the Lufthansa Group. 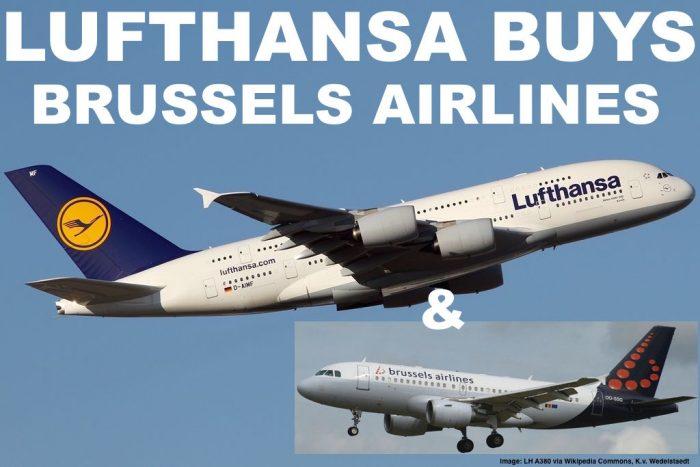 Lufthansa is currently on an aggressive expansion course to prep up their Eurowings low cost carrier network in order to compete against Ryanair and Easyjet in the European market.

Lufthansa was so far majority shareholder with 45% of SN Airholding SA/NV and had a call option to take over the remaining 55% of the shares as well after regulatory hurdles were put aside back in 2011.

German carrier Deutsche Lufthansa AG is doubling down on a strategy of improving its prospects through growth at budget unit Eurowings by adding rented planes from rival Air Berlin PLC and moving ahead with the takeover of Brussels Airlines.

The board of Germany’s largest airline approved the purchase of the 55% of Brussels Airlines parent SN Airholding it doesn’t already own, the company said in a statement Wednesday. Lufthansa, which for years has had a call option for the shares, has said it would make Brussels Airlines part of the Eurowings unit which operates intra-Europe and intercontinental routes. …

Brussels Airlines brings with it an attractive network of linking Europe with Africa and intra-European routes. Still, the airline suffered years of losses that led to deep restructuring of its operations in recent years.

Lufthansa said it expects the transaction to be concluded early next year, though details of how the call option will be exercised still need to be negotiated with SN Airholding. Financial details of the deal will be disclosed at this time, the airline said.

We wrote about the restructuring of Air Berlin and the transfer of aircraft and staff to Lufthansa yesterday here on LoyaltyLobby (see here). Lufthansa’s buying spree signalizes the pressure they are under from the low cost competition such as Easyjet and especially Ryanair.

Lufthansa said this year it was discussing how to bring Brussels Airlines, which has 49 planes, into its Eurowings platform, which has about 90 planes now.

Brussels Airlines has a very diverse network that doesn’t necessarily suit a budget carrier. It remains to be seen if LH will spin off the carrier completely and move it under the roof of Eurowings or only certain routes (especially those in continental Europe).

The Brussels routes into Africa where Belgium used to have many colonies are well frequented and don’t really fit into the Eurowings network if you ask me. I’m interested to see what LH will do with these routes that are also bringing a good amount of cash for Brussels (probably the majority share since operating profitable within the continental European market proved to be difficult for the legacy carriers).

One could argue that Brussels has cheapened down their product within Europe so badly already that it is already a low cost carrier where passengers have to pay for beverages in Economy Class. No loss there!