Jumbo enthusiasts will no longer be able to find their beloved Boeing 747 in the fleet of Cathay Pacific as they bid farewell to their last plane with a flight to/from Tokyo-Haneda yesterday. 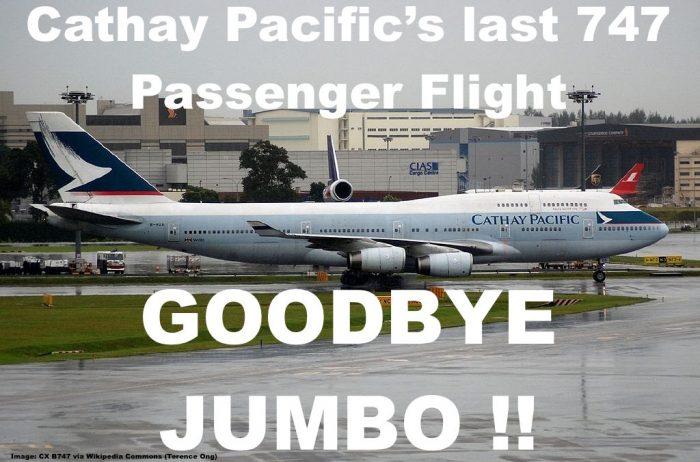 There was also a special gathering at the departure gate in Haneda Airport before CX543 took off as the last B747 commercial flight.

According to the promotional email Cathay Pacific sent out to their Marco Polo members, the 747 has logged 160 million passengers with CX and enough distance to fly 2700 return trips to the moon.

The event for the two farewell routes HKG-HND-HKG took place at the departure gates, with the main event being held at Tokyo-Haneda for last official commercial flight.

Three of my friends took one of these flights and said it was a fun event with all participants keeping the aircraft in a special place in their heart.

Cathay has decided to rather invest into aircraft such as the Boeing 777 and Airbus A350 in recent years which operate on a much more profitable basis than the 747. Popularity of another Mega-Aircraft, the Airbus A380, has also contributed to the lower demand of the new 747 models.

It’s indeed sad to see the iconic airliner go and those of us who enjoyed the plane especially in premium classes will miss it soon enough.