Starwood Preferred Guest (SPG) has launched their latest Select Member Exclusive promotion that is valid for stays between October 1 – December 31, 2016, and requires registration by November 30. 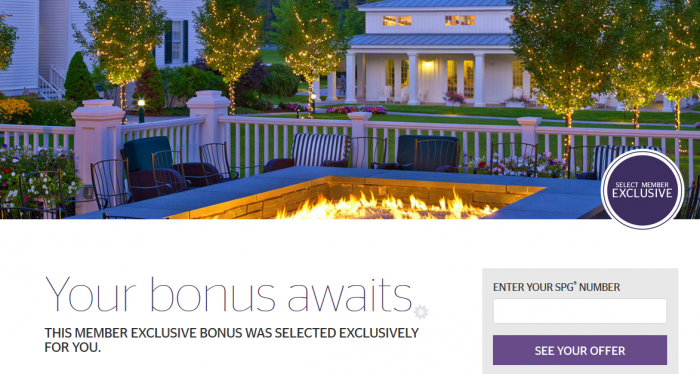 Here’s one offer that a reader received: 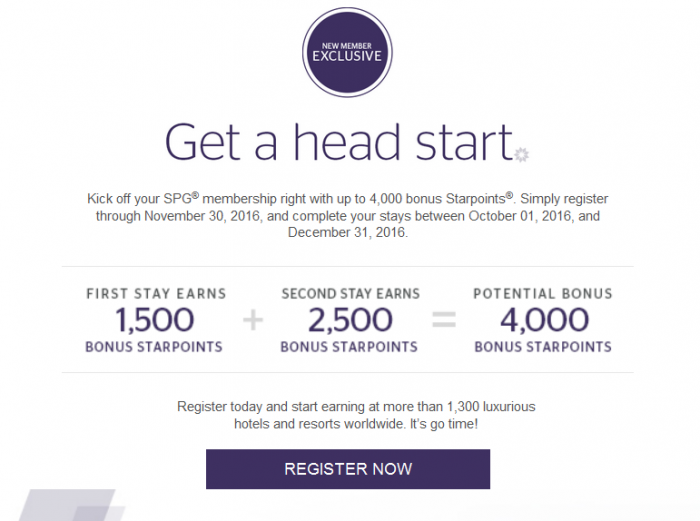 Seems that most of the SPG members should be eligible for the Select Member Exclusive once in every 12 months. I was targeted for the previous one back in August.