Air BnB has been emailing their members about an important topic that made a few headlines lately, namely discrimination based on criteria related to another members profile and picture. 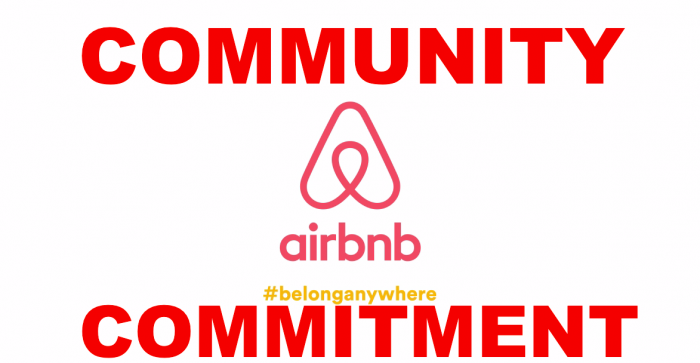 A few news reports showcased people who felt that they were discriminated against by hosts who didn’t like their profile based on skin color or personal orientations highlighted in the introduction.

The company is taking the step forward with this campaign trying to encourage their members to respect all users of Air BnB and treat the accommodation requests in the same way no matter who the traveler is who requests a reservation.

Here is the email as sent by the company:

Earlier this year, we launched a comprehensive effort to fight bias and discrimination in the Airbnb community. As a result of this effort, we’re asking everyone to agree to a Community Commitment beginning November 1, 2016. Agreeing to this commitment will affect your use of Airbnb, so we wanted to give you a heads up about it.

On or after November 1, we’ll show you the commitment when you log in to or open the Airbnb website, mobile or tablet app and we’ll automatically ask you to accept.

There is also a dedicated space on the companies website that deal with their non-discrimination policies (access here).

Part of it outlines basic principles that are incorporated in the Terms & Conditions of Air Bnb:

Airbnb hosts may not

There are more paragraphs like this that deal with disabilities and other topics, you you should have a look at the website referenced above to see all details.

Why this campaign and what will it accomplish?

Needless to say Air BnB is trying to do some proactive damage control for future reference. It’s not secret that some hosts will pick their guests based on a variety of personal preferences. I think it goes against the spirit of Air BnB to do such selections as the concept was initially to go outside your comfort zone with this type of shared economy option.

In reality however I think it will accomplish very little. The behavior outlined is very hard to police as it’s almost impossible to prove why a request has been declined. Also it’s fair to say that everybody has personal preferences and while not everybody escalates these to the point where they become a basis for accepting or declining an Air BnB reservation the company knows of this fact as well.

It’s reasonable to believe that they don’t want to cut off their lifeline by starting to block/delete too many host accounts which would eventually cost them significant revenue if it gets out of hand.

If someone decides to offer their home on Air BnB as a host then he or she should make up their mind beforehand if they feel comfortable to open it to any type of person or not. If you have second thoughts maybe this type of business is not for you, not even talking about the issue that many residential buildings nowadays establish rules that curb the Air BnB business in the first place.

It’s obviously right to bring this to the customers attention again but I firmly believe that the policies are a toothless dog guarding the house and I don’t see how this matter could be resolved to the complete satisfaction of all involved. In the end you can’t force someone to open a private home for this arrangement if he doesn’t accept and it’s hard to say what Air BnB’s boiling point it when it comes to complaints about a host regarding cancellations/declines.

Air BnB Is Now A Delta Skymiles Partner, Earn 3 Miles Per $ Spent And Up To 25,000 Miles For New Hosts As Introductory...