Air France-KLM has announced that they will launch a new low cost airline that serves long haul destinations which will be based in Paris and offers customers a more competitive price. 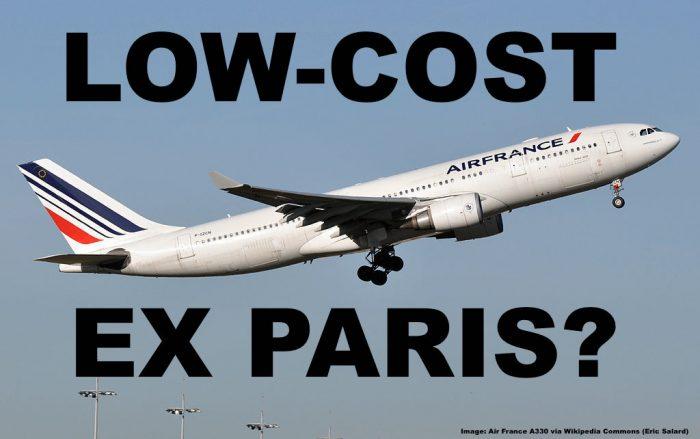 The carrier has to find a solution to cater to the more price sensitive clientele which competing airlines already have served for quite some time.

A while ago British Airways started to offer flights on their budget subsidiary Open Skies from Paris to the U.S. effectively attacking Air France on their home soil.

Germany’s Lufthansa began to offer Eurowings long haul flights and examples from the Asia Pacific region also show that there is a demand for lower priced long haul traffic as demonstrated by Air Asia-X and Jetstar in Australia.

Air France-KLM is creating a more “competitive” long-haul airline to win back customers from Gulf carriers.

The new brand does not have a name yet, but Air France plans for it to offer economy and business travel on new and reopened routes. To compete with lower-cost rivals, its pilots and crew will be employed on different terms from the main company.

“The status quo is not an option. We must launch a new dynamic to return to a leadership position in our markets,” Mr Janaillac said.

The plan is a sign that Air France’s new boss is determined to win back market share after years of painful job losses and clashes with trade unions.

But the SNPNC cabin crew union expressed concern that the new airline’s staff would not have the same work benefits and that it would end up being “low cost” for its workers.

Air France plans for the new airline to have 10 long haul planes by 2020.

It will “constitute the group’s response to the Gulf State airlines which are developing at low production costs”, the firm said.

Air France rightfully identified that sticking to the old ways of offering exclusively full service as a product won’t work anymore to satisfy all types of customers, especially as the competition is either already branching out in the low-cost sector or (in the case of the ME3 Gulf Airlines) offers very competitive fares for full service flights.

You can find the communique from Air France in regards to the Trust Together Strategic Project here.

The new strategy appears to be going into the offensive and to start with streamlining existing structures within Air France-KLM while at the same time developing new products such as the low cost carrier which will also be based in Paris CDG.

Obviously the French unions aren’t going to be happy about these plans that would see staff for the new airline employed at a different company, not Air France, and receiving very different (inferior) benefits.

The unions within Air France aren’t known for engaging in civilized and calm discussions as a case from last year showed when union representatives attacked management during a meeting and started a brawl. LoyaltyLobby reported about it back then (see here) when managers had to flee over a fence and had shirts torn off their body by the attackers who were subsequently arrested.

No doubt Air France has to do something to continue to stay relevant in the European aviation market. That also means branching out into the low cost sector which would see amenities and services cut back compared to the mainline carrier. Not that Air France (apart from their excellent La Premiere First Class) would be anything special in the air…

The unions also have to come to the realization that the times of fat paychecks and substantial benefits for their members employed in the industry are over. The realities of aviation worldwide are that there is a lot of competition and pressure on the traditional legacy carriers. You can’t expect them to operate under the constant threat of an operational loss and have the shareholders or taxpayers foot the bill for the inflexibility of union representatives.

Air France-KLM Flying Blue has updated its latest promotional awards valid for travel through February 28, 2022, that must be...

How often have you come across an airline passenger who is so confused that he decides to sit in a...