LATAM sent out an email late last week about upcoming changes to its in-flight product for domestic flights within the markets it serves, although the airline states that these may be implemented on regional flights also. 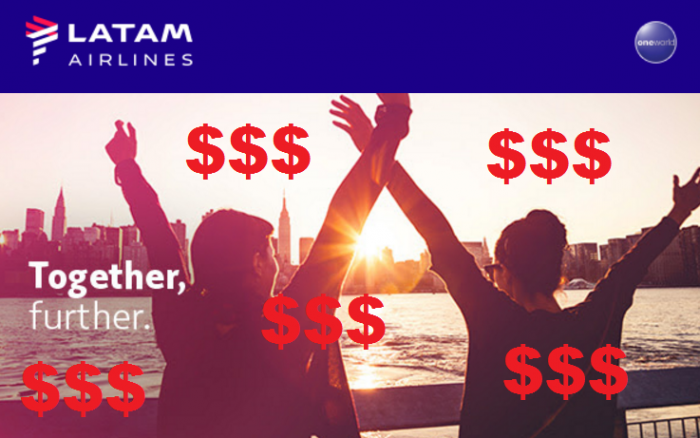 Complimentary snacks and beverages are gone and replaced by Buy-On-Board. Passengers must pay for seat selection and baggage. The airline claims that it will lower the cost of tickets by up to 20% (doubt that this would happen). LATAM will award miles (or actually kilometers based on the ticket price).

You can access LATAM’s web page for these changes here.

Here’s the email that LATAM sent out: 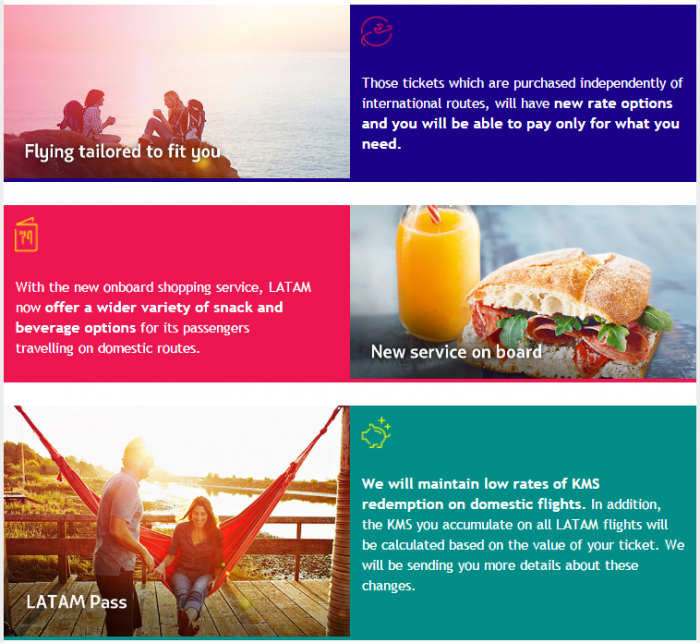 LATAM has airlines based in Argentina, Brazil, Chile, Colombia, Ecuador, and Peru. Some of the international (and domestic too) tickets are ridiculously priced due to lack of competition between the airlines (basically a monopoly market).

I am taking a LAN flight next Monday from Santiago to Sao Paulo in their 787 business class that is configured in a 2-2-2 format. It is not a bad airline for South America, but I cannot see why I would choose them over a European, Asian, or Middle Eastern carrier on non-monopoly routes.

LATAM’s frequent flyer program is LANPASS for all countries except Brazil, where they have Multiplus Fidelidade. LANPASS has different qualification requirements depending on the market. How are they going to award their kilometers on tickets that are issued on other airlines’ stock? Not sure how they are going to sort this mess out.

Hyatt Gold Passport Strategy: Is It Worth It To Qualify A Last Time For Diamond Through 25 Stays In Just Two Months JAN-FEB 2017? 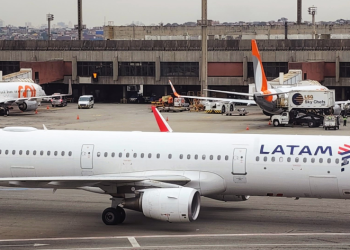 Alaska Airlines promised to have LATAM awards bookable online by the end of the year (with Alaska you often don't... 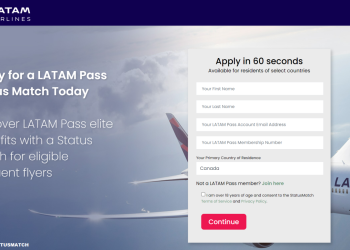 LATAM has relaunched or renewed its previous status match campaign that was supposed to end in May but is now... 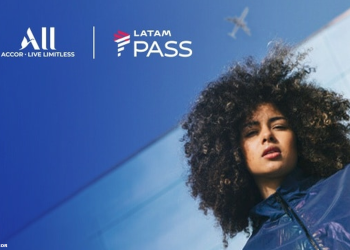 Accor has launched a conversion bonus offer from LATAM Pass transfers made from accounts based in Brazil between August 22...