There have been lots of discussion as of late about the unsustainable flow of tourists to Venice (mostly by cruise boats) that come in the morning and leave in the night. Spending quite little in the process. 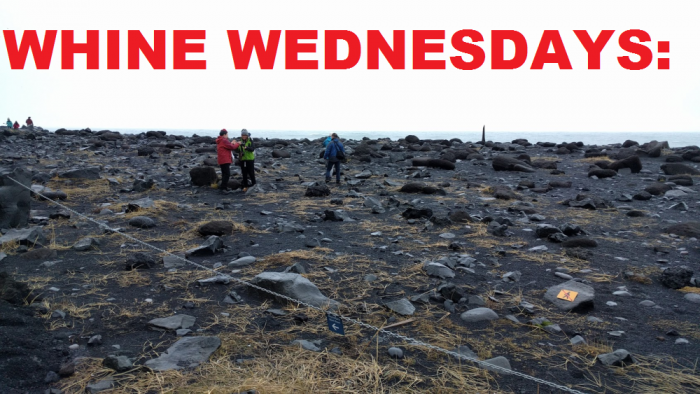 When I was in Iceland the other week with a mom and brother, it was at times annoying how little respect people had for the signs (don’t walk there) while taking photos.

Blue Lagoon was nice’ish experience right after 8AM on Sunday morning but was soon destroyed by folks whose main mission seemed to be to let other people know where they were rather than enjoying it by themselves.

Blue Lagoon is not the place for narsisticks and broadcasting on Facebook Live. Or perhaps it is?

The following day, we briefly stopped at the black beach that is worth visiting. These inconsiderate tourists had zero respect for the area that was gardened off by rope.

There were also notices that a Chinese tourist had been wash away earlier in the year by sneaker wave. Revenge of the nature, perhaps?

I have been to Venice twice and both times outside of the high season. There were photos post the other week showing that it was practically impossible to move around due to the number of tourists in the city.

I have couple of friends living in the city that are basically against building more hotels that would bring even more tourists. I believe that there has been delay instituted by the local governments to new hotel openings.

The Blue Lagoon on its current form felt almost a tourist trap due to the type of people it attracts. It could be a nice place to visit if people would just leave their phones and cameras away.

Personally, I don’t like places that are overrun with tourists and rather visit touristy places outside of their high season.