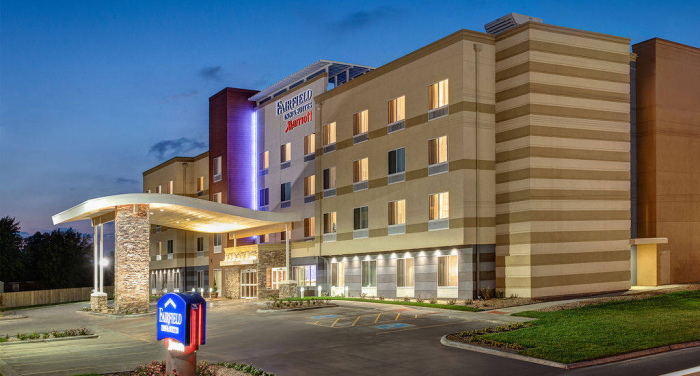 Remember that you can always email us, send us a Facebook message or Tweet about the issues you have with hotels, airlines and other travel providers. We’ll feature one new Compensation Clinic case each week.

Fairfield Inn & Suites Los Angeles LAX/El Segundo which Marriott is advertising as a “Brand New El Segundo Hotel Near LAX”. Upon arrival it looked like it was an old motel that had been converted and sure enough this property was previously known as the Hacienda Hotel:

First impressions left a lot to be desired.  The parking lot for the hotel is not directly connected to the hotel and instead is located across the street.  While checking in it took almost 15 minutes for the staff to locate a package I had sent to the hotel a few days earlier.  There was someone checking out of the hotel during that time complaining about a cockroach or some other bug on their luggage that had come from the room.

The rooms were nicely renovated however the climate control wasn’t working for heat or air conditioning.  There was also an intermittent loud banging noise that woke me up quite a few times in the middle of the night.

When checking out I spoke with the manager regarding these issues and he offered to refund my stay which was on a Marriott category 5 certificate.  It took a couple of phone calls and emails following up (which were never responded to) but a replacement category 5 certificate was eventually posted to my account a week later.

It appears others had similar experiences based on a couple of recent reviews posted on Marriott.com: 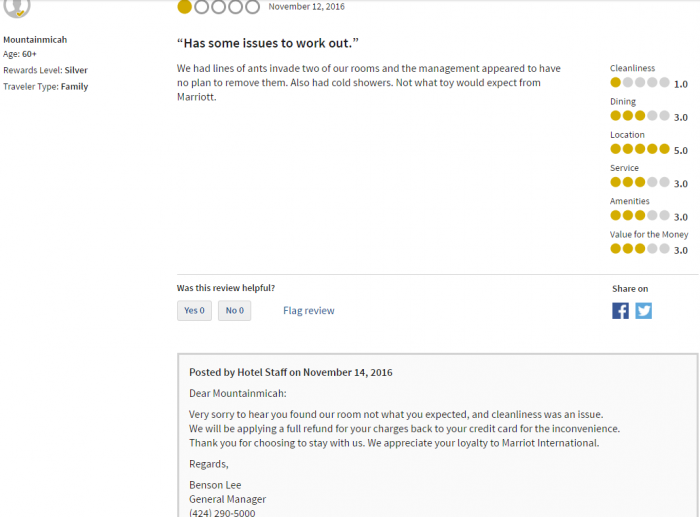 It is interesting that Marriott advertises this hotel as a “brand new” when it is just a refurb of the old Hacienda hotel. Glad that the reader was ale to get his free night certificate back.

Let’s hope that the hotel can get its act together. The recent reviews aren’t exactly stellar.