A Qatar Airways flight ex route from Washington-Dulles to Doha ran into heavy turbulence that caused multiple injuries with passengers and crew and forced the flight to an emergency landing in the Azores. 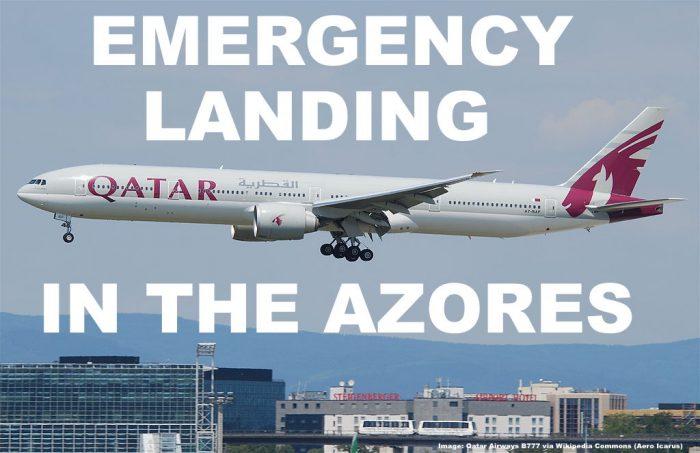 The Azores are an archipelago composed of nine volcanic islands in the North Atlantic Ocean about 1,360 km (850 mi) west of continental Portugal and Lajes is a military airbase, as well as a commercial airport, and is operated by the Portuguese Armed Forces

Lajes Field has been a life saver before when a Air Transat A330 landed without fuel on the remote island after a fueling mistake made by the ground staff in Canada.

A Qatar Airways flight that departed Dulles International Airport on Saturday night made an emergency landing on an island off the Portuguese mainland early Sunday, according to passengers and a flight-tracking website.

The flight, which was headed for Doha, landed at Lajes Air Base in Azores, Portugal about 1:56 a.m. Eastern time, four hours and 58 minutes after takeoff, according to Flight Aware. Passengers said the landing was prompted by severe turbulence over the Atlantic.

Qatar Airways could not immediately be reached for comment, but the airline said in tweets it had dispatched another airplane to the island. A spokeswoman for the Metropolitan Washington Airports Authority said the agency would not be informed about any issues that occurred on board the plane following departure.

Looking at the map you can see where the diversion occurred and how far the azores are actually from the mainland.

The Azores are actually quiet beautiful, last time I’ve been there was like 6 years ago but something tells me the passengers of this Boeing 77W didn’t appreciate their surroundings much.

The flight took barely 5 hours before they got shaken pretty heavily and given the departure time this was during the middle of the night as well.

“It was like the [Drop Tower] ride at Kings Dominion,” said Raseel Mohamed, 39, of Herndon, who was aboard the plane. “The bottom fell out.”

Mohamed, who was sitting in an aisle seat next to his wife and 6-year-old son, said the severe turbulence lasted about three minutes, tossing passengers around the cabin and injuring several. He said they had just buckled their seatbelts when they felt a severe jolt.

All of a sudden, he said, heads slammed into the cabin ceiling and overhead bins. A man in front of him hit his head on the ceiling and three women in the adjacent rows hit the overhead bins. One woman, who he described as in her 50s or 60s, hit the floor and couldn’t get up on her own. As the plane rocked, he said, he pulled her up by her arm and pushed her back into her seat.

One white-haired woman hit the crown of her head on an overhead bin and suffered what seemed like an inch-and-a-half long cut, the software engineer said. “I saw the poor air hostess trying to keep ice on her, keep her calm,” he said.

Following the landing and response of the emergency services reports started to surface that some (many?) passengers were trapped at the airport because they required a visa to clear customs and immigration. 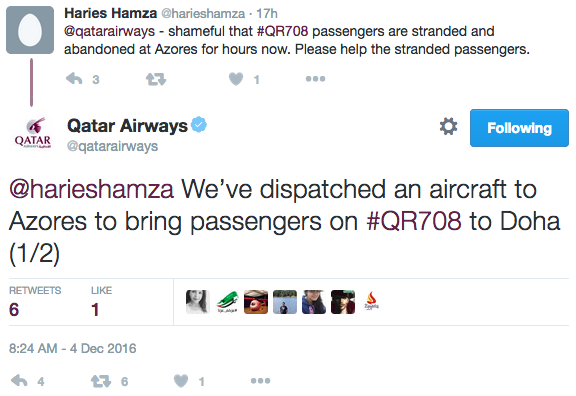 It’s not at all surprising that passengers were sort of on their own as the airport isn’t a large commercial airport but provides rather basic services for flights to the mainland.

There also were reports that passengers were struggling to find food and lodging. Mohamed said because an airport vendor did not accept credit cards, travelers who weren’t carrying cash couldn’t feed themselves and their families.

Finding a place to stay was a separate issue. Customers said American and European travelers were given priority to enter the country, followed by families of other nationalities with children, then finally solo travelers — some of whom had suffered injuries.

Nationalities that don’t require a visa, especially Europeans can obviously be whisked through immigration quickly without further requirements. I’m surprised this was much of an issue especially when passengers are injured and the aircraft made an emergency landing. After all it’s an island, where are people supposed to go?

Qatar Airways dispatched a plane as soon as possible to pick up the passengers. Apart from that there isn’t really much the airline can do unless you want to argue that the crew should provide services in the ground for passengers. Given the reports that some crew members were injured themselves that’s not very likely.

Airfare of the Day [Business Class] QATAR AIRWAYS Oslo to Bali from 1,659€