Iran Air and Boeing have inked a deal that would finally see the Iranian carrier receive 80 new passenger jets to replace it’s more than aging fleet. 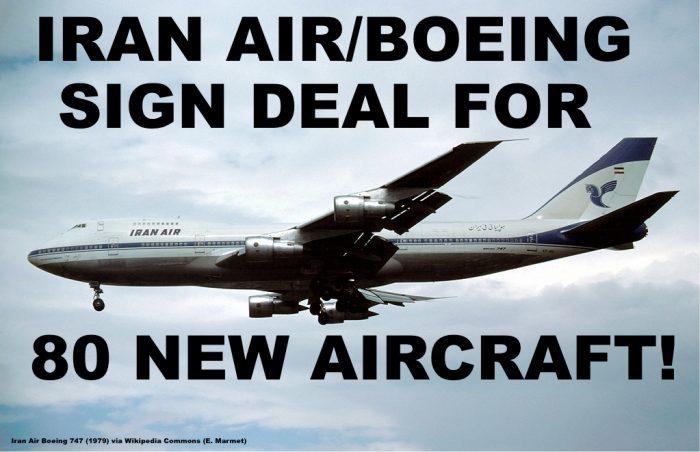 After the loosening of U.S. sanctions against Iran and the issuance of a government license to the Boeing Company the Seattle based carrier worked closely with the Treasury Department to ensure regulations have been met.

Iran Air, the countries national airline has been hid hard by the sanctions over the years which have lead to the fleet running towards and beyond retirement age with the added complication that the airline was unable to acquire spare parts for repairs and proper maintenance.

At the moment their fleet consists of 26 aircraft in total including 11 Airbus (various Models), 4 Fokker 100, 4 McDonnell Douglad MD82 and one Boeing 747F Cargo plane.

You can access Boeings press release about the deal here.

Based on its Memorandum of Agreement (MOA) with Iran Air announced in June, the contract was reached within the terms of the U.S. Government license issued to Boeing in September.

Boeing coordinated closely with the U.S. Government throughout the process leading up to the sale and continues to follow all license requirements as it moves forward to implement the sales agreement.

Today’s agreement will support tens of thousands of U.S. jobs directly associated with production and delivery of the 777-300ERs and nearly 100,000 U.S. jobs in the U.S. aerospace value stream for the full course of deliveries. The first airplanes under this agreement are scheduled for delivery in 2018. …

This deal is important for Boeing and vital for Iran Air and the country itself as it is in the wake of recovering from decades of sanctions and currently going on a big international shopping spree to purchase key goods, well aware that the incoming new U.S. administration isn’t all that friendly towards the reached deal between Iran and Western powers.

Another news report in the USA Today (see here) chimes in on exactly that Issue.

… Boeing’s deal could face opposition in Congress and the White House. “We will aggressively fight this deal in next Congress, though we probably won’t even need new legislation to do it,” said David Pasch, communications director for Rep. Peter Roskam, R-Ill. “The incoming appointees at Treasury and State will no longer report to a White House willing to bend over backward and ignore national security concerns (in order) to keep Iran from walking away from the nuclear deal.”

In May, Roskam, along with fellow Illinois Republican Reps. Robert Dold and Randy Hultgren, sent a letter to Boeing asking the company not to do business with Iran until it renounces support for terror groups. Last month, the House of Representatives approved a bill that would prevent the Treasury Department from giving U.S. banks the licenses to help Boeing complete the transactions. Since Obama would likely veto the bill, it hasn’t moved in the Senate.

“Congress will have a lot to say, particularly working in concert with an administration that has a fairly low view of this deal,” Roskam told USA TODAY.

Of course you can politicize anything but that’s not the purpose of this article. Iran Air has continued flying their ageing fleet since they really had no other option but has also seen a series of accidents with a number of fatalities over the years related to maintenance issues such as undercarriage failures.

This deal is a huge order for Boeing and the company needs to fill their order books just as well as Iran Air needs to finally replace their fleet.

I have a couple of friends who flew on Iran Air but mostly because they are aircraft enthusiasts and love to fly exotic airliners. Personally I try to abstain from such things as I value the risks as too great and it’s unnecessary to do it. We had a Group Trip to Iran two years ago and while the rest of the group booked Mahan Air, the second (privately owned) Iranian Airline I chose to book Qatar Airways in part because I departed from a different destination anyway.

Let’s hope this deal moves along and will be completed to not expose more passengers to unnecessary risks, flying aircraft that should have been retired long ago. 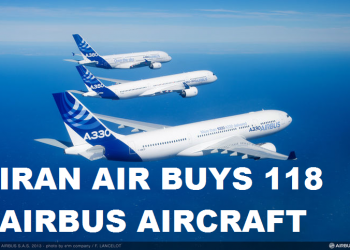 Iranian president has been on a tour of Europe signing and negotiating trade deals once the US sanctions of foreign...