A LoyaltyLobby reader sent me a question regarding Visa free transit in China that allows one to stay in the country from 24 to 144 hours depending of the city arriving/leaving. 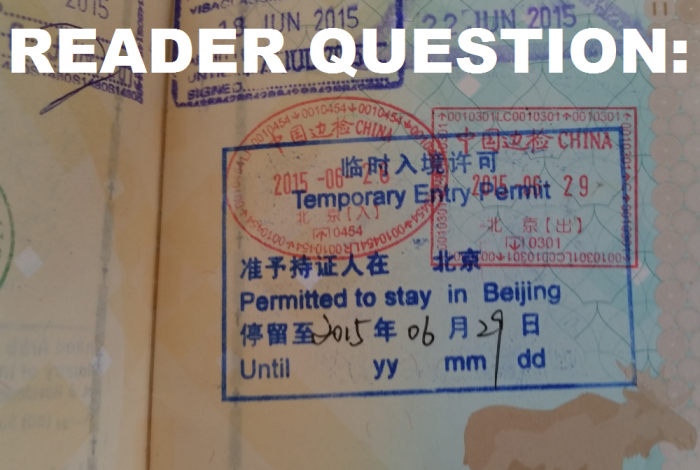 Here’s question from the reader:

I appreciate your prompt reply; however, I am unable to obtain an accurate answer to my 72hr visa waiver question. I’ve emailed the US state dept, the Chinese Embassy, the airline and more. Any additional help to assist me is appreciated- otherwise I will have to cancel my trip. Once again here are the specifics:

I depart the USA on american airlines/cathay pacific on 13dec from LAX to arrive in HKG on 14dec
I then depart HKG on the 17dec, on China Southern to Beijing
I then depart Beijing on American Airlines 19dec from Beijing to DFW (dallas) and to home OMA (omaha)

It appears I would qualify for the 72hr (TWOV) visa waiver.

IATA affiliated company upkeeps database called TIMATIC that airlines used at the time of checking in to validate that the person is eligible to enter/transit via the counties on the itinerary.

This usually depends what nationality one has, type of passport, transit points and length of stay. Note that there are some countries that have vaccination requirements also such as having Yellow Fever shot done if entering South Africa from South America. 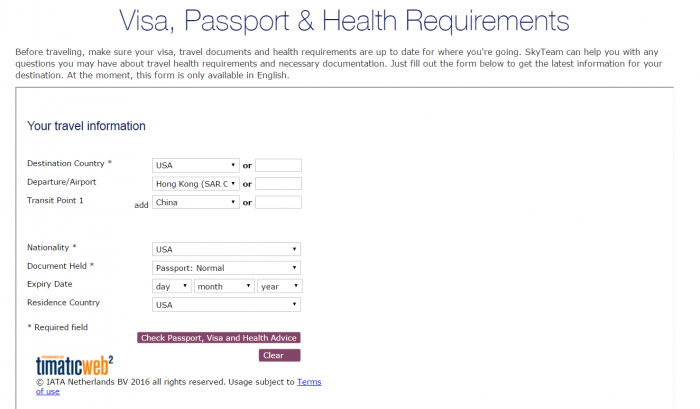 Here’s what Timatic spits out:

Transiting without a visa is possible for:

Holders of confirmed onward air, cruise or train tickets for a max. transit time of 24 hours. Transit incl. multiple stops within China (People’s Rep.), with a total transit time of max. 24 hours, is permitted. They must travel to a third country.

Nationals of USA are not permitted to use the multiple-stop transit within China, if transiting through Weihai (WEH) or Wuhan (WUH).

Holders of confirmed onward airline tickets, in transit through Urumqi (URC), for a max. transit time of 2 hours. Transit incl. multiple stops within China (People’s Rep.), with a total transit time of max. 24 hours, is permitted.

Nationals of USA holding confirmed onward airline tickets to a third country, if arriving in and departing from the same city:

Nationals of USA holding confirmed onward air, cruise or train tickets to a third country, arriving and departing from any one of the following locations: Hangzhou (HGH), Nanjing Lukou (NKG), Shanghai Hongqiao (SHA) or Shanghai Pudong (PVG) for a maximum of 144 hours, starting from 00:01 on the day following the day of entry.

Transit without visa (TWOV) is not permitted when the passenger arrives AND departs on direct flights from/to USA and USA territory Guam or Northern Mariana Isl.

Some airline employees checking people in may still be confused with this Visa free transit facility in China. It might make sense to have a print out from the Timatic just in case.

There is a special line at the Beijing airport for those that take advantage of this facility. Sometimes it has been open while other times not. You should not, however, use the regular line for passengers that have the Visa.

You need to mark on the arrival form your departing flight from Beijing (they don’t have separate forms for transit without visa) and the immigration agent most likely wants to see your itinerary.

I have used this facility number of times when having long/short transit in Beijing and often gate agents have been confused that there are no visa on the passport. Just reminding about this transit without visa facility has been enough to clear the issue for them.

Few years ago, I was denied checking in on South African Airways flight from Sao Paulo to Johannesburg because I didn’t have yellow fever certificate with me. I had to change the flight to be just a connection at Johannesburg instead of entering the country to be able to take the flight couple of days later. 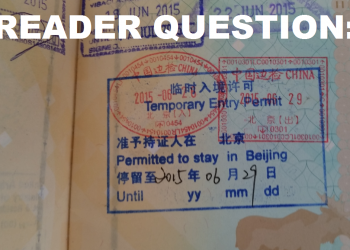