A credible bomb threat against a Lufthansa flight from Houston to Frankfurt on Monday led the pilots to decide to make an emergency landing at New York’s JFK Airport where passengers disembarked safely. 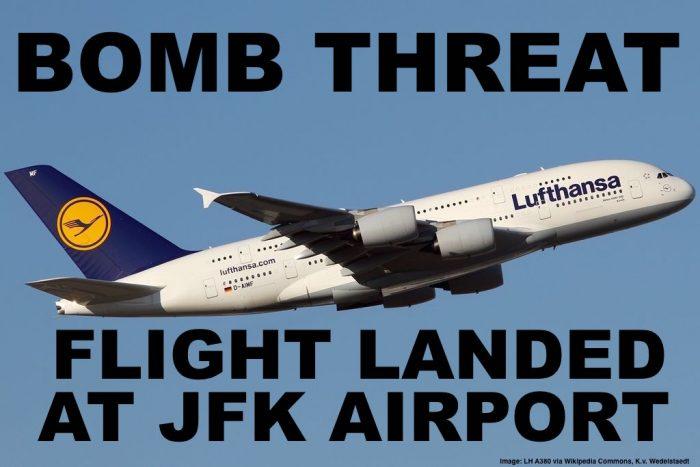 Lufthansa received a call at their corporate offices after the flight had taken off and decided to take immediate action, informing the pilots who executed an emergency landing at JFK.

Usually bomb threats against aircraft are taken extremely seriously and it’s well known that there have been a couple of high profile incidents where explosives on board have led to the loss of the airplane and the death of all passengers, so for obvious reasons Lufthansa and their pilots played it safely here while still in easy reach of an airport.

NBC New York (access here) reported about the story and the events unfolding at JFK.

The pilot diverted to JFK and the plane landed safely, he said. Passengers were evacuating the aircraft at 9.30 p.m, and by 10 p.m. the aircraft was in a remote area being searched by a K-9 unit, government officials said.

Officials searched the plane and Coleman said nothing suspicious was found. …

A senior law enforcement official with direct knowledge of the matter told NBC News that 530 people were taken off the flight after the bomb threat was phoned in to their corporate office.

The pilot was notified of the threat and landed at JFK per standard procedure.

Meanwhile, Lufthansa tweeted that the flight was diverted “as a matter of precaution” and in coordination with relevant authorities and the pilot. The plane left Houston at 4.10 p.m. and was due to arrive in Frankfurt Tuesday morning.

“Passengers disembarked and [Lufthansa] staff will take care of them. The aircraft will be searched,” the airline said.

Here you can see the flight path of LH441 provided by Flightaware: 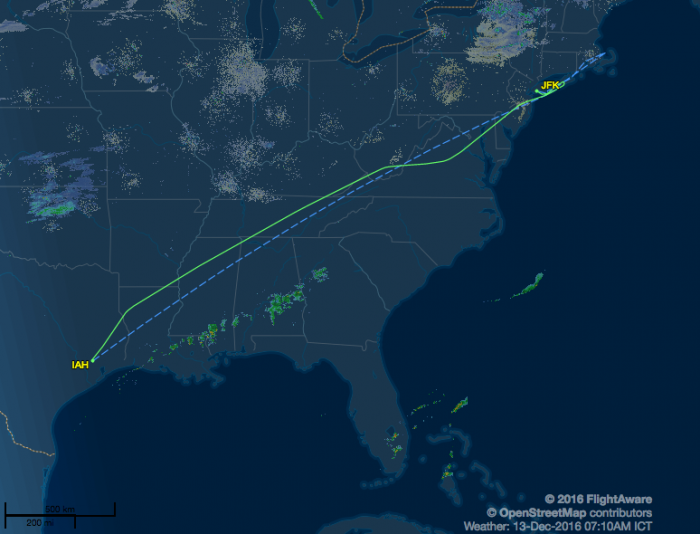 Passengers had to be accommodated and put onto different flights to reach their destination in Europe following the landing and screening of the plane.

Thankfully this turned out to be a false alarm, but since you can never be sure, the airline and authorities have to treat each of these cases with the same priority and care.

I’m sure the passengers felt much better being well taken care of than flying over the open ocean in an uncertain situation even if they would have learned about this matter later on.