This weeks Fabulous Friday makes a stop in Seoul’s Gangnam District where a large facility allows in town check-in for passengers that depart from Seoul’s two airports Incheon and Gimpo.

The City Air Terminal located in the city center even houses an immigration facility and airport bus departure hall from where passengers can directly connect to their airport.

Another advantage of completing immigration procedures at the city terminal is a designated entrance at Incheon Airport that circumvents potentially long lines especially in the morning hours.

Even though I had visited Seoul many times before I never used the check-in facilities here. This time I encountered a problem with the online check-in of my Korean Air flight to Frankfurt and since I wanted to change my seat decided to visit the City Air Terminal to complete the procedure.

As you can see it wasn’t busy there at all even though later one a few more passengers arrived over at the Asiana counter.

Next to the check-in counters there is also a full Korean Air City Ticketing Office (CTO). 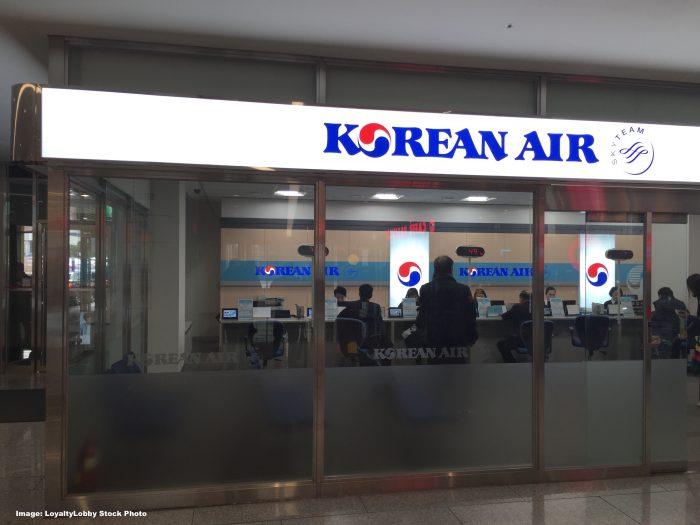 In there it was pretty busy with many customers waiting in line to deal with various ticketing queries. I like when airlines spend the money to keep a downtown ticket office going which is pretty much an outdated item as far as North American and European airlines are concerned.

Often you want to make a change or book something complicated such as a round the world ticket and find that a CTO is much more efficient to deal with than calling the reservations hotline. Often times an agent will disconnect your call when it’s apparent that your issue at hand will take a lot of time and affect the agents statistics of handled customers.

I have used the City Check-In at different cities before. The most common ones are Kuala Lumpur and Hong Kong where both of them are located at the airport train stations.

The group that mostly benefits from these facilities are Economy Class passengers without status in a frequent flyer program. The lines are much shorter if any while at the airport the wait can often exceed an hour depending on what carrier you’re going and from which airport.