IHG Rewards Club has separate guest recognition program for those that stay mainly at InterContinental hotels called Ambassador. Members must pay to join and there is a yearly fee too that can be paid in cash or in points. 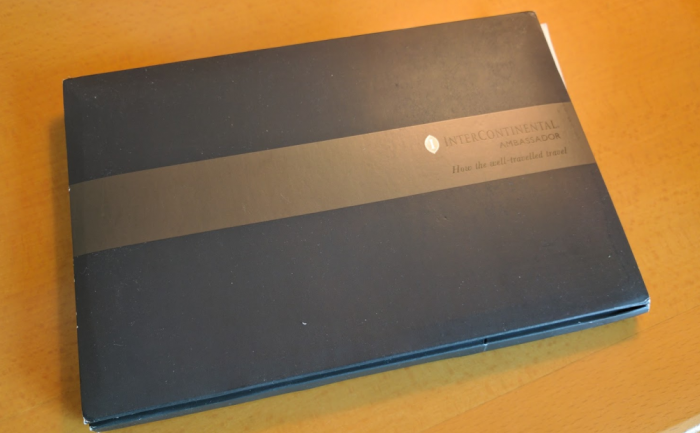 There is a higher level in the program called Royal Ambassador that is invitation only and the qualification requirements have changed several times throughout the years I have been a member from merely being referred (remember those certificates) to set number of nights at several InterContinental hotels.

You can access IHG’s web page for Ambassador program here and for Royal Ambassador benefits here.

Here are the changes that I spotted:

Royal Ambassador status is extended by invitation only to a small percentage of our InterContinental Ambassador members.

Previously, IHG stated that top 1% of the Ambassador members would get Royal Ambassador status. It was unclear what exactly this meant.

Previously, the membership year was 12 months from the signing up for the Ambassador program. Now this has moved to be a calendar year.

Royal Ambassador membership is issued on an invitation only basis, once a year. Invitations are based on your previous year’s activity at InterContinental Hotels & Resorts.

This used to be rolling 12 months and now is based on calendar year also.

IHG changed the T&Cs back in September (read more here) to include the above upgrade blurb that applies to stays in Asia-Pacific (excluding Greater China), Middle East & Africa. It is unclear if this now applies for stays worldwide.

Seems that member can soon choose between number of amenity choices instead of the usual fruit plate. This option doesn’t appear on the stay preferences yet.

So the questions remain:

1. When is the Royal Ambassador renewal done for those members that had their membership year extended until December 31, 2016?

2. When is the membership year extended for those that have their Royal Ambassador status expire sometime during 2017? If their membership year is not now extended until the end of 2017, does that mean that they wouldn’t qualify in the first place based on their activity over the previous 12 Ambassador months or 2016 calendar year?

3. What exactly is the Royal Ambassador criteria? Is it now based on revenue or nights or some sort of combination of both?

4. What exactly are the Royal Ambassador benefits at the moment. Is it the two category upgrade worldwide with club access (like in the Asia-Pacific per the T&Cs) or does it vary between the regions?

Personally, I don’t see a point staying at InterContinental properties unless they extend the status based on the activity I had during the last renewal (read more here).

Back in June, IHG mistakenly left a PDF on the open web talking about program refresh happening sometime in 2016/2017 and Royal Ambassador program going entirely revenue based (read more here).

IHG has not officially disclosed any of these changes to either Ambassador or Royal Ambassador members. It is unclear if the current qualification criteria is based on the number of nights stayed at the InterContinental hotels or if there is a revenue component thrown in as well.

I have requested further information about these changes and clarification to the questions that I have above. Will publish another piece when info arrives.