A LoyaltyLobby reader emailed me a question regarding crediting a codeshare flight to Air France-KLM’s Flying Blue or Virgin Atlantic’s Flying Club. 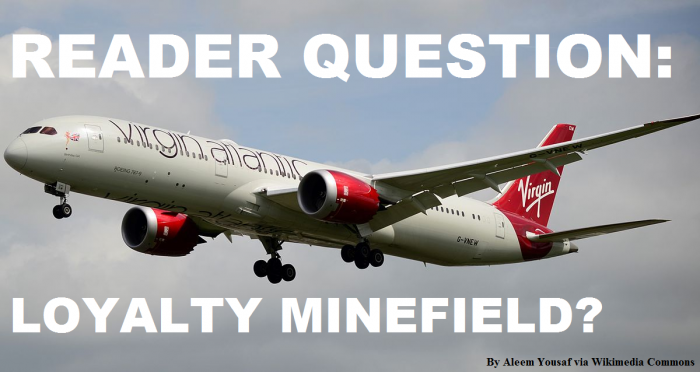 I started a new job this year which includes some business travel.  Initially this was mainly Europe and I signed up for the flying blue KLM loyalty scheme.  Later in the year I needed to book a business flight to Atlanta.

Seeing that Delta was a partner airline, I booked a flight thinking the miles would credit my account.

Turns out that even though flight numbers were still DL pre-fix, the flight was then operated by Virgin Atlantic.  As I am also a Virgin Atlantic Flying Club member, this was not an issue.

On returning, I queried with Flying Blue and was told that as the flight was operated by Virgin, I could not have the miles credited.  I then contacted Virgin and they have advised they won’t credit the miles either and I need to contact Delta.

I’m not in the Delta loyalty program and even if I joined, all the points would be in a different place!

It is clear that the flight cannot be credited to Flying Blue because it is operated by Virgin Atlantic.

I went to check what Virgin Atlantic’s Flying Club says about this and the wording is somewhat ambiguous. You would think that as the airlines are partners (Delta owns a large chunk of Virgin Atlantic) crediting the Delta’s codeshare operated by Virgin Atlantic to Virgin’s plan would be fine.

Crediting this to Delta would be not an issue.

I would check again with Flying Club. Have a look at the Delta partner page there and the page for Virgin Atlantic’s own flights.

You have to be extra careful when booking codeshares. You may book Air Canada flight using United code and the underlying code on Air Canada that the United’s fare maps to could well be non-earning in some programs.

At the same time all Qantas codeshares on other airlines except JetStar do credit to all Oneworld programs without any issues. You may fly on Emirates business or first class on Qantas codeshares while crediting the flights to British Airways or American Airlines. Been there – done that.

A couple of years back I was trying to find a flight from Helsinki to Asia and an Air China flight on Finnair would have been the most cost effective. The issue was that I could not have credited it to any programs that I use. Star Alliance credits based on the operating carrier (in this instance Finnair) while this would have been no go on Oneworld as well because they credit based on marketing airline.

Then there are some flights that are something called hard blocks. You may book Air France flight between Helsinki – Paris that is actually operated by Finnair. Air France considers this hard block as their own flight and even publishes award space for it that I have grabbed using Delta’s SkyMiles.

Airfare of the Day [Upper Class] VIRGIN ATLANTIC London to Hong Kong from £1,218