The partnership between Starwood Preferred Guest (SPG) and Uber started almost two years ago back in February 2015 (read more here). 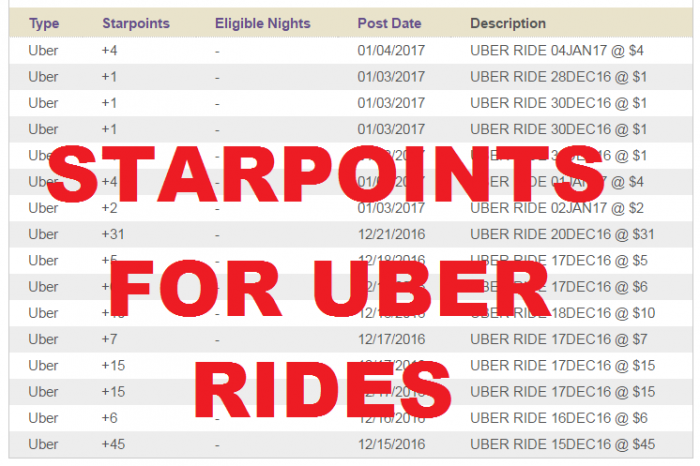 SPG members can earn anywhere from 1 to 4 Starpoints per USD charged for Uber rides depending of their status and whether the ride is during their stay at any Starwood property.

You can access SPG’s page for the Uber partnership here.

You earn 1 Starpoint per USD charged for rides everyday and 2 to 4 Starpoints per USD during Starwood stays.

The number of Starpoints that you can earn from this partnership is capped to $10,000 spend per calendar year.

It is great to earn Starpoints for things that you would do anyway like Uber rides!

Surprising that Uber hasn’t started their own loyalty program for those that use the service a lot. At least you can continue earning Starpoints for Uber rides until end of the year (unless something happens to this partnership before that).