Due to the massive weather-related flight cancellations of Turkish Airlines earlier this week I got to try the Air Europa non-stop service to Madrid (Spain) from El Dorado International Airport, Bogotá (Colombia)

Since June last year, Air Europa operates a daily flight in the route Madrid – Bogota in one of their new Boeing B787-8 Dreamliner. The plane operated in this route offers 22 seats in Business Class and 274 seats in Economy. Air Europa has been incorporating the Dreamliners into their operation since last year. They also chose to introduce a new Business Class seat for the Dreamliner, which has also been rolled out in some of their Airbus A330s.

The check-in experience at El Dorado International Airport was correct. 2 dedicated counters for Business Class/SkyPriority Elite passengers is more than enough for this flight. Lounge access was granted at the Avianca LifeMiles Gold lounge (neither Air Europa nor any SkyTeam member have lounges at the airport). This is the general Avianca Lounge, also open to PriorityPass members. At that time of the evening the lounge felt a bit crowded, with a high passenger rotation and low food/alcoholic beverages reposition.

Boarding was also uneventful. Boarding was done using the central mid gate of the plane, and again Business Class/SkyPriority passengers had a dedicated counter for boarding. At the door gate the purser directed me to the second alley to find my seat.

Air Europa’s business class cabin on the B787-8 Dreamliner is a small cabin, 22 passengers distributed in 4 rows with a 2-2-2 configuration. The cabin was half empty for my flight, which was surprising given the fact that it was the return from the holiday season and that the Economy cabin was clearly full.

Air Europa’s Business Class seat is 20” wide with a 66” pitch. In the Dreamliner they’ve opted for a lie flat seat that reaches a fully horizontal position. Cushions are firm and the cover fabric is porous enough to give a fresh sensation when in contact with the body. My first impression of the cabin was of great comfort, probably helped by the color palette (light blues) and the LED signature lightning of the Dreamliners. Foot rest is located in front of the seat together with the in-flight entertainment screen and small storage space.

Each seat is provided with an electrical outlet and an USB port, two individual lights (overhead panel and reading light on the top side of the lateral panel), and a remote control for the entertainment system. Seat position control is also located on the lateral panel. The seat doesn’t have a privacy screen between seats because there is the food tray in the place the privacy screen should be. It didn’t feel much of an issue because there was nobody sitting next to me, but in a full cabin the seat privacy may be inexistent.

Pre-departure drinks offering was limited to water and orange juice (no sparkling wine offered). The seats don’t have a cup/glass tray, so basically there was no place where to put the glass, and I had to keep it in my hands until it was collected by the cabin crew. Several options for newspapers and magazines in Spanish, but fewer limited options in English. Generic headphones with the company logo (brand-less, no noise cancellation features) were provided together with the newspapers/magazine offerings)

The amenity kit was placed in the storage space in front of the seat. It was a black nylon case with an Air Europa’s signature blue border. Contents included Korres products (lip balm and moisturizer), dental kit (with Colgate toothpaste), comb, earplugs, eye shades, socks and a shoe bag.

In-flight entertainment options were available since boarding. Although the movies/TV series alternatives seemed limited in number, the content available was very recent, even including complete seasons of Game of Thrones or House of Cards. System operation was pretty intuitive, either from the touch screen or through the remote control.

Air Europa offers wireless internet connection (with a cost) for all passengers onboard their B787-8 Dreamliners. In order to connect, passenger must subscribe to a data package through a default website that appears when launching your internet browser. Data plans are limited in size (15, 30, 50 Mb) and expensive (7, 13 and 20€ respectively). The cost/benefit ratio for these plans is not good at all. 15 Mb will hardly get you through checking Facebook and email simultaneously. It’s also ridiculous that the company doesn’t offer free internet access to their premium passengers.

The (very bad) surprise of the flight came with the dinner service. First of all, the service take a long time to start due to turbulence. After one hour or so in the air, we were provided with the service menu, two printed leaflets inside a blue leather folder.

Food options offered (meat/fish/pasta) were not interesting at all. And the beverages options were limited to water, red wine, white wine and cava. No liquor/spirits options were offered at any point of the flight, and the wine serving was limited exclusively to the dinner service.

Dinner was unremarkable. Gazpacho right from the box, one shrimp, cold mushrooms and potato chips from a bag (can’t understand why). The chicken supreme I ordered as entrée was not warm and undercooked by zones. The cheese platter was decent and the dessert was nothing special. Definitely nothing to look forward to. The general feeling was more as an Economy Class menu, definitely not adequate for a Business Class service.

After such a disappointing dinner I went straight to bed. I have to give them credit for the comfort of the seat, pillow and duvet, and also for the fresh contact sensation all materials had. The temperature of the cabin was perfect for me, and the Dreamliner is a silent bird, so I could get good 7 hours sleep before starting our approach to Madrid airport. I skipped breakfast, probably a wise decision considering the dinner fiasco.

In my opinion, Air Europa ranks low when compared with other Business Class products being offered between Colombia and Europe. 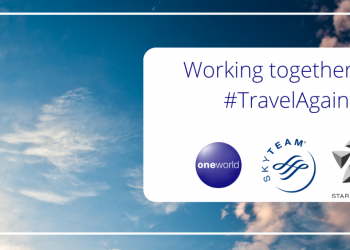 Today’s Airfare of the Day goes to Delta and their midweek business class excursion round trip fares between Madrid (MAD),... 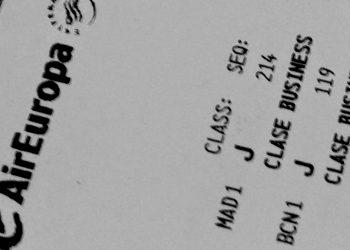