The popular Boeing 747 is becoming even more scarce with United Airlines being the latest airline that announced removing the iconic airliner from it’s fleet by the end of 2017. 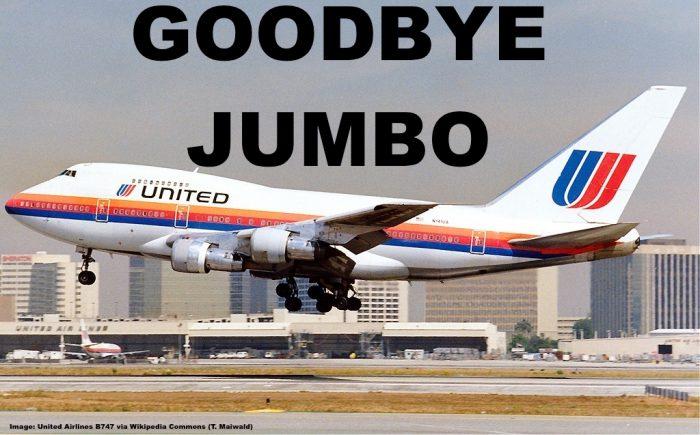 Airlines around the world are phasing out the beautiful jet and replacing it with the now more popular twin engine models such as the Boeing 777.

Just a few months ago, Cathay Pacific had their last commercial passenger flight operated by a Boeing 747 and Singapore Airlines already did so in 2012.

You can read some United commentary on their corporate page, United Hub (access here).

There’s something very special about a Boeing 747. It’s the one aircraft that even casual travelers can easily identify. And we know that the experience of traveling on one, or flying one, is unforgettable.

As deeply connected as we all are to this iconic aircraft, the time has come to retire our 747 fleet from scheduled service. Last March, we announced that this would occur by the end of 2018; now we plan to operate our last 747 flight in the fourth quarter of this year.

It’s a bittersweet milestone — this jumbo jet with its unmistakable silhouette once represented the state-of-the-art in air travel. Today, there are more fuel-efficient, cost-effective and reliable widebody aircraft that provide an updated inflight experience for our customers traveling on long-haul flights.

For these reasons, we’re saying farewell to the Queen of the Skies, which has been part of our fleet since we first flew the aircraft between California and Hawaii in 1970.

We’ll be working with all of you who fly or work on the 747s to ensure a smooth transition to other fleets. Our forward-looking fleet plan will cover 747 replacements and anticipated growth opportunities. And of course, we’ll honor the 747 with an unforgettable retirement celebration — we’ll keep you posted with more details on her final flight in the months ahead.

Thinking back on how Singapore Airlines celebrated the last ride of their 747… that was a real party! Cathay had a little celebratory stuff going on during their last Hong Kong – Haneda – Hong Kong flights which was also quite fun.

Even though some airlines (such as Lufthansa) ordered the redesigned more fuel efficient Boeing 747-8, not many of these were sold and we previously wrote about Boeing considering to end the 747 program altogether if the numbers aren’t picking up.

Airlines that still operate a good number of 747 aircraft include Lufthansa, British Airways and Korean Air alongside others. When I was in Seoul last week, I was once again surprised how many of these 747s are still around there.