Air India has announced that the airline will designate a special safezone for females only after cases involving harassment and groping of women on Air India flights. 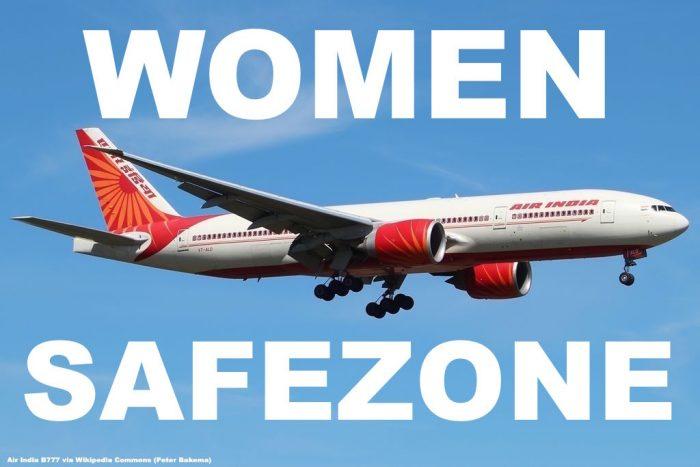 In one instance a passenger moved to an open seat next to a sleeping female passenger and sexually molested/assaulted her during the flight.

Sexual harassment, rape and molestation cases from India sadly made the rounds a lot during the past few years and it actually came as a surprise to me that this is also an issue on flights of the state owned carrier as well.

As The Guardian (see here) reported, the airline is now undertaking steps to provide a safe environment for single female travelers on some of their planes.

Air India made the announcement to designate two rows on every flight as female-only after two incidents in the past month of men allegedly groping cabin staff or other passengers.

A general manager at the airline, Meenakshi Malik, said officials had made the decision because “we feel … it is our responsibility to enhance comfort level to female passengers”.

The service, which will come at no extra charge, will start this week on internal flights, and be rolled out across the network throughout the year.

Women in India can already ride in segregated train carriages and buses, and pink women-only auto-rickshaws in two cities near Delhi.

Air India is trying to rebuild its reputation as a safe airline for female passengers after an incident in December, when a business class passenger flying from Mumbai to Newark moved to an empty seat next to a woman in economy and allegedly groped her as she slept.

Another Air India passenger was also reportedly arrested in January after a flight attendant complained he had touched her inappropriately and made lewd remarks.

This month, the airline announced its crew would begin carrying restraints on domestic and international flights to be used on unruly passengers as a last resort.

This sounds crazy and out of control. Yet I cant make up my mind if every airline has to fight with these issues and if the matter gets special attention only because this is happening in India which has earned a special reputation for such matter over the time.

That Flight Attendants unfortunately have to deal with rude, drunk passengers who make rude remarks and occasionally harass them is nothing new and definitely not limited to Air India.

I’m not sure how effective two rows are going to be as you’re talking about a maximum of 10 seats per row and that times two. I’m sure there are more than 20 female solo travelers on board.

Also in the latest case the passenger actively changed cabins from Business to Economy Class to prey on his victim there. A simple seating matter wouldn’t have prevented this case and I doubt Air India will provide guards for these two rows.