A LoyaltyLobby reader sent me a question regarding a Gulf Air flight delay due to fog that resulted in a missed connection in Bahrain on separate tickets.

I was recently on an itinerary Kuwait – Bahrain – Manila with Gulf Air.

As a result of bad weather the PREVIOUS DAY, my flight Kuwait to Bahrain was delayed by 3 hours 35 minutes (missing the opportunity to meet my Line Manager for a planned meeting at BAH airport) and from Bahrain to Manila by 2 hrs 40 minutes. Both happening as weather (fog) issues the day before had caused planes to be out of position.

As a result of the delay into Manila I missed my connecting flight with Philippine Airlines (not booked on the same itinerary as the Gulf Air flights).

As Philippine Airlines did not have another available seat from Manila to destination for another 2 days I had to buy a separate ticket with Cebu Pacific (due to meeting scheduled early the following day), costing me in excess of $500. When I told Philippine Airlines I was not able to travel 2 days later, they said my flight would be treated as a no-show.

Both my Gulf Air and Philippine Airline tickets had separate travel insurance booked with the tickets.

· Do I have any recourse against Gulf Air…? Or…

· Can I claim for the missed flight against the travel insurance.

Just to add that knowing there were potential delays out of Bahrain, I called Gulf Air 4 times during the day of departure and each time was told not to worry as my flights would be departing on time.

There is no protection from either airline in case of a missed connection when you are traveling on separate tickets.

Gulf Air gave wrong information, however, over the phone regarding the potential flight delays on the day of traveling. Supposedly none when there were. The reader could have purchased another ticket for the KWI-BAG segment and continued to Manila on the Philippine Airlines as ticketed on the separate ticket.

It depends what kind of insurance was offered for each of these tickets. It may not cover delay caused by another airline on separately purchased itineraries. Buying a comprehensive travel insurance for a year could be a better option.

It is weird to think that the Gulf Air was the original airline for all the Gulf states considering how the ME3 (Emirates, Etihad and Qatar) have swept the traffic recently (and Gulf Air has cut routes).

You have to be careful when flying on separate tickets and be willing to throw away some in case of delays and buy new one on the spot. This is not definitely expensive between popular city pairs but can get expensive really fast on more obscure ones.

A LoyaltyLobby reader sent us an email about an issue with Marriott when converting Bonvoy points to partner miles. The...

A LoyaltyLobby reader sent us a case where Accor Live Limitless (ALL) customer service had denied the double night credit...

A LoyaltyLobby reader sent us a question about what options exist if you test positive for Covid-19 before your return... 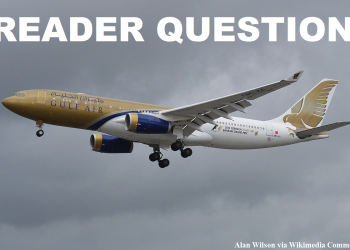