The end of roaming charges within European Union countries is set to start on June 15, 2017. This was supposed to come into effect already couple of years back but telecommunications operators were able to slow down the process. 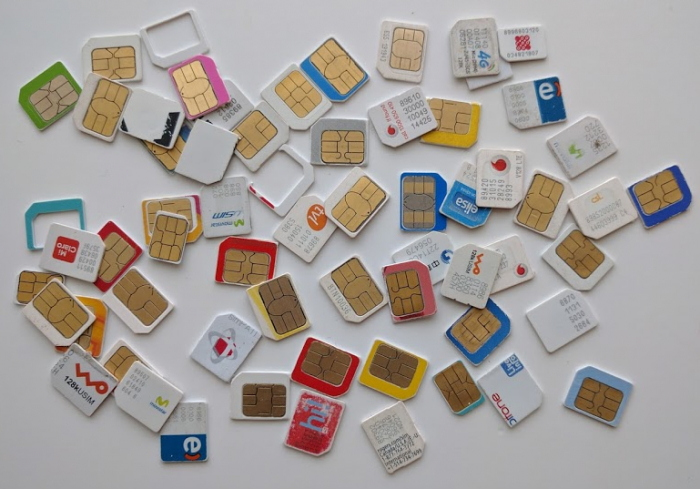 Mobile phone users can use their plan anywhere within the European Union and only need to pay extra for the data, mobile calls or texts that exceeds their plan. Even those excess usage prices have now been capped by the EU.

As the last step towards the end of roaming charges by 15 June 2017, representatives of the European Parliament, the Council and the Commission agreed on how to regulate wholesale roaming markets (the prices operators charge each other when their customers use other networks when roaming in the EU).

Here’s some important part of the regulation that LoyaltyLobby readers should know:

3. The end of roaming charges for all Europeans travelling in the EU

How will the end of roaming charges work?

Mobile operators have to offer their roaming services at domestic prices to consumers who either normally reside in or have stable links to the Member State of the operator, while those customers are periodically travelling in the EU. If necessary, operators can ask their customers to provide proof of residence or of such stable links to the Member State in question. Roaming providers may apply fair, reasonable and proportionate control mechanisms based on objective indicators to detect the risks of abusive or anomalous use of “Roam like at Home” beyond periodic travelling.

Who will be covered?

The draft rules will enable all European travellers using a SIM card of a Member State in which they reside or with which they have “stable links” to use their mobile device in any other EU country, just as they would at home.

Examples of “stable links” include cross-border commuters and posted workers, Erasmus+ programme beneficiaries such as students, apprentices or volunteers.

Europeans will pay domestic prices when they call, text or go online from their mobile devices and will have full access to other parts of their mobile subscription (e.g. monthly data package).

Do I need to register to “Roam like at Home”?

No formal registration is required to benefit from the “Roam like at Home” mechanism. From 15 June 2017, it should be included by default in all customers’ mobile contracts on which operators offer roaming. Operators may ask consumers to provide proof that their home (residence) is in the Member State of the mobile operator (in case they do not already dispose of such information for billing purposes).

The consumer may also prove stable links entailing frequent and substantial presence on the territory of the Member State of the mobile operator, like an employment relationship or following recurring courses at University.

How will personal data be protected?

The new draft measures explicitly require the roaming providers to comply with the relevant data protection rules. The Commission has consulted the European Data Protection Supervisor and has taken his comments into account. Operators can only use the information they already gather for billing purposes to check to what extent customers are using mobile and data services abroad compared to their consumption at home.

Yes. EU citizens can continue to buy any other SIM card in any EU Member State and surf and call at local tariffs or roam with that card. However they might not be able to benefit from “Roam like at Home” if they are not resident in the country where they bought the card or if they do not have stable links with this country.

What will be the role of the national regulatory authorities?

As under existing roaming rules, national regulatory authorities will monitor and check if mobile operators comply with the new rules.

Are there any regulatory safeguards?

The safeguards against abuse are based on clear principles and include indicators and tools which are reasonable, non-discriminatory, transparent, and respect privacy. In order to detect potential abuses, the roaming provider may perform checks of the usage patterns of customers both in their own Member State and in other Member States (control mechanism). This will be based on the information which operators already use to bill their customers.

Identifying abusive or anomalous traffic patterns should be based on the following clear and transparent indicators:

Fair use policies have to be notified by the roaming provider to the national regulatory authority and be spelled out in detail in contracts.

The rules will protect consumers from adverse effects of an increase in domestic prices:

This means that someone cannot buy a SIM card in one country and only use it to roam in others. You need to observe the limits that are set above. Even if your operator deems that you are in violation of the fair use, the EU has set the limits that the operator can charge for this kind of usage that are rather reasonable.

This has been long coming, and the European telco operators were able to slow down the process by few years (and reeking in roaming charges).

When I first heard about this yesterday, it came to mind how this would be implemented in case of prepaid SIMs and those that may buy a cheap package in one country and use it entirely for roaming in another.

You are only eligible for the “Roam like at Home” when you are resident of the country where you are buying the SIM. You can only roam a certain amount of time and your home usage and roaming usage can be compared. If your roaming usage far exceeds your average home usage, the operator can start charging the rather reasonable excess prices set by the EU. In case of prepaid SIM cards, they can charge the EU set roaming prices for calls, texts and data.

The EU has set the charges that telecommunications operators can charge at the wholesale level for calls, texts and data. The current data price is 50 euros per GB that will drop to 7.7 euros per GB come June 15, 2017, and drop yearly until 2022 when it will be just 2.5 euros per GB.

I have been using Google’s Project Fi since last summer and couldn’t be happier (read more here). I pay $10 for GB of data anywhere including roaming. No need to buy SIM cards for most countries (only Vietnam and Nepal have been exceptions over the past 7 months).

Le Club AccorHotels Worldwide Up To 50% Off Private Sales February 1, 2017