Bloomberg News run an interesting piece yesterday about how petty Delta can be sometimes when trying to compete with ME3. 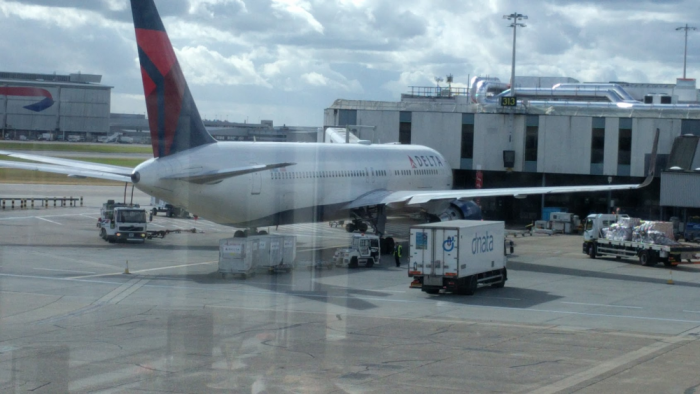 Emirates 777 in Seattle needed a spare part that Delta provided. HQ in Atlanta, however, reversed the decision and requested the part to be removed. Alaska (Emirates partner) came to the rescue and the flight took off six hours late.

You can access the Bloomberg here of which below is an excerpt:

A Boeing Co. 777 due to depart the American city at 9 a.m. on Feb. 2 was held up by a mechanical issue requiring the replacement of a minor hydraulic component, Emirates says. While the part was sourced from Delta’s local engineering office and installed on the plane, a senior manager at the U.S. carrier’s Atlanta base later ordered that it be removed, it claims.

“It is sad, in our view, that any airline would deny such standard technical assistance to another carrier based on orders from headquarters that had nothing to do with maintenance or cost, but seem clearly to have been intended to inflict harm on the airline and its customers,” Emirates said in an e-mail.

In the incident this month, Emirates said Delta had refused a credit-card payment for the spare and ordered a local engineering provider to remove it from the 777. Code-share partner Alaska Airlines Inc. eventually came to the rescue by providing the part, leaving the flight to depart 6 hours and 24 minutes late.

Even when airlines compete, they usually have agreements in place for complimentary staff travel and they provide variety of services to each other from ground handling to catering.

When Qatar flew its flagship A380 to Atlanta, Delta made sure that the airline couldn’t use any of the A380 gates at the airport and passengers had to use stairs. I am sure that sooner or later Delta will get to taste its own medicine.