The other day I needed to get from Ho Chi Minh City to Vung Tau that is roughly 100 kilometer ride. Thought of few other options including hydrofoil but ended up ordering Uber that indicated rather reasonable price.

I did get push back from Uber driver once in Bangkok when I ordered the car to take me to Pattaya. No issues here in Vietnam, however. The driver that took me back to Ho Chi Minh City day later was probably happy because he had just taken a client to Vung Tau.

Here’s the time and distance:

Seems that my ride to Pattaya was longer: 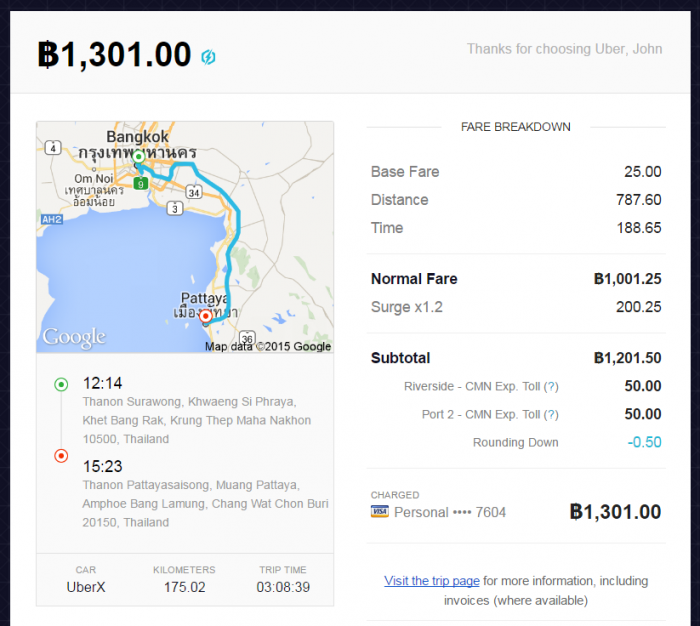 Got lucky both times when it came to the cars too. Both were full sized ones. Some of the Uber cars in Vietnam are rather tiny.

There is a nice Pullman hotel in Vung Tau and apparently they are building brand new Mercure and DoubleTree hotels in the city as well. Could be an option for those that want to escape the Ho Chi Minh City for couple of days.

So, what has been your longest Uber ride so far? It appears that mine was the one from Bangkok to Pattaya two years ago.