British Airways Mixed Fleet cabin crew will have their fifth strike this coming week from March 3 – 9, 2017. 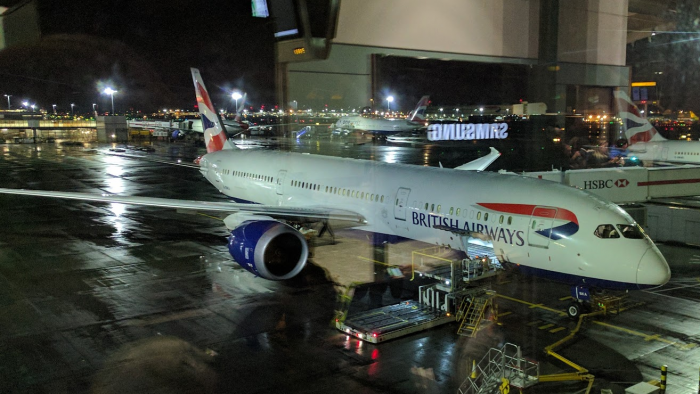 British Airways operates several “fleets” of cabin crews and plans to operate most if not all long-haul flights during the strike period. Some short-haul flights may end up being canceled or operated by other airlines such as Vueling (part of IAG), Titan and Thomas Cook.

You can access the British Airways web page for the strike announcement here.

Note that British Airways has not published a list of affected flights, but they rather would like the passenger to check their flight status on My Bookings. 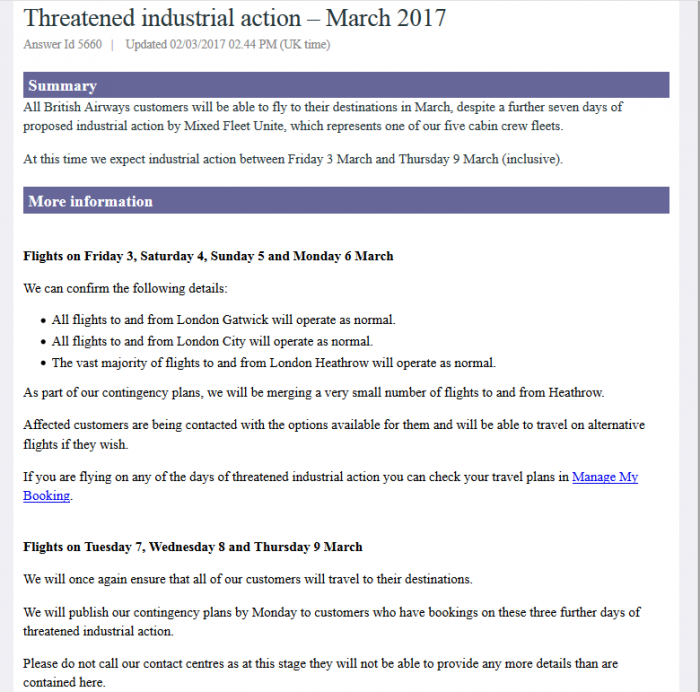 Remember that if the operating airline changes from British Airways to Vueling, Titan, or someone else, the passenger is eligible for a full refund regardless of whether the purchased ticket was refundable or not.

These strikes won’t have as big of an effect as with other airlines that have been striking lately such as Lufthansa, because British Airways has several fleets of flight attendants, which belong to different unions, and only mixed fleet has taken action so far.

British Airways is bound by EC 261/2004 to rebook affected passengers on other airlines if needed at their earliest convenience (passenger’s – not the airline’s). BA is also required to provide duty to care (hotel accommodation, meals, phone cards etc) in case of longer delays. The airline doesn’t have to pay delay compensation due to industrial action, however.

I wish that the airline would pay its Mixed Fleet crews a living wage so that they wouldn’t need to strike. Having adequately paid employees that like their jobs is the recipe for success in the service industry. If the employment conditions are not good or something that BA had originally promised, it certainly will show during service delivery.