Singapore Changi Airport will likely complete construction and open the new Terminal 4 at the end of the year and according to news reports will feature full Biometric Data Collection facilities at immigration. 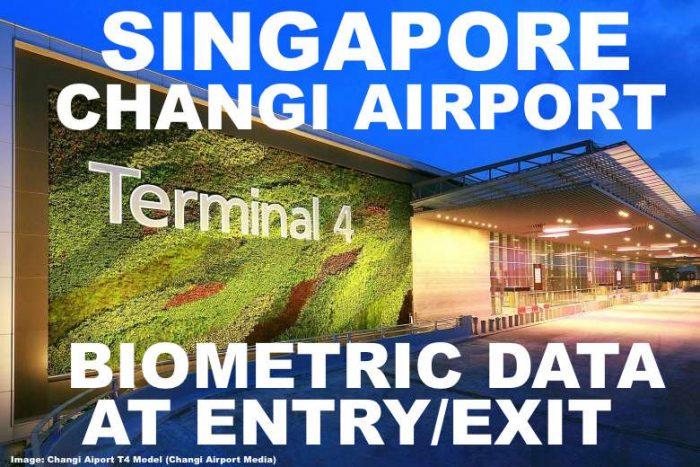 Currently Singapore only collects fingerprints from people during entry/exit and even that just got introduced fairly recently (and has also slowed down the immigration process significantly).

The facilities in the new Terminal 4 will also include facial recognition as you might know it from certain middle east countries such as the UAE.

Travellers at Changi Airport Terminal 4 will experience a full suite of biometric technology for fingerprint, iris and facial scanning – as part of plans to beef up border security at checkpoints across the island.

T4, which will open towards the end of the year, will be Singapore’s first checkpoint with multiple biometric capabilities, though they will not all be immediately activated.

Currently, such checks at immigration counters islandwide are focused on fingerprint verification. …

Mr Desmond Lee, Senior Minister of State for Home Affairs, had said in Parliament last November that it would take about two years for all checkpoints to be equipped with the capabilities.

ICA will collect iris images from Singapore citizens and permanent residents progressively when they apply for and collect their identity cards and passports.

For foreign visitors, there are other security initiatives, SAC Zuraidah said. Since last April, for instance, fingerprints have been scanned upon arrival and departure so these can be verified against ICA records.

It also allows those whose fingerprints are scanned when they arrive to use automated immigration lanes when they depart.

Using automated lanes when exiting saves a little bit of time as long as you use the general Immigration Counters and not the priority counter for First Class/Suites/Solitaire customers at Terminal 3.

My best experience so far is Hong Kong after registering for their Frequent Visitor Program. Scan your passport (formerly a code on the back of the passport), then scan your fingerprint, done.

Singapore’s automated lanes are only available for citizens, permanent residents and long term pass holders which sort of sucks but then again I don’t visit the place that often anymore. Yet I’m curious to see the new terminal and there is also an Andaz hotel opening later this year so I might just swing by for a few nights.

It’s hard these days to pair security with efficiency. More sophisticated entry procedures also mean longer time to process each passenger. A couple weeks ago in Doha the immigration officer took 7 Minutes to deal with everything and not just with me but everybody else. Ok, he was distracted chewing gum and playing candy crush on the side but anyway…

Considering the successful rollout of Global Entry in the U.S. and the installation of electronic entry barrier throughout the E.U. for passengers with E.U. passports shows that such installations are clearly the future even if it means to register beforehand.

Thailand Officially Extends Visa Amnesty For Visitors Remaining In The Country Until September 26, 2020