One of the hardest choices for every frequent traveler and member of loyalty programs is when to use their cherished currency and cash in the points for a free hotel night or flight.

While the average traveler redeems randomly whenever he sees opportunity, those who look after their points with eagle eyes watch out for the best value possible which is usually during high season.

Peak season redemptions are usually dates where there are special events such as the Coachella Music Festival John wrote about last week (see here) or during certain holidays such as Christmas season.

Another one of these instances is the annual Sakura or Cherry Blossom season Japan which lasts 10-14 days on average during which hotel prices can skyrocket.

One of the examples are Hyatt properties in Tokyo as the most visible international chain in the city (there is a Park Hyatt, Hyatt Regency, Grand Hyatt and Andaz in Tokyo).

Since I know in advance that I visit Japan every year for this occasion I always keep points or free night credits in reserve to apply them during this time.

After all you find rates such as these: 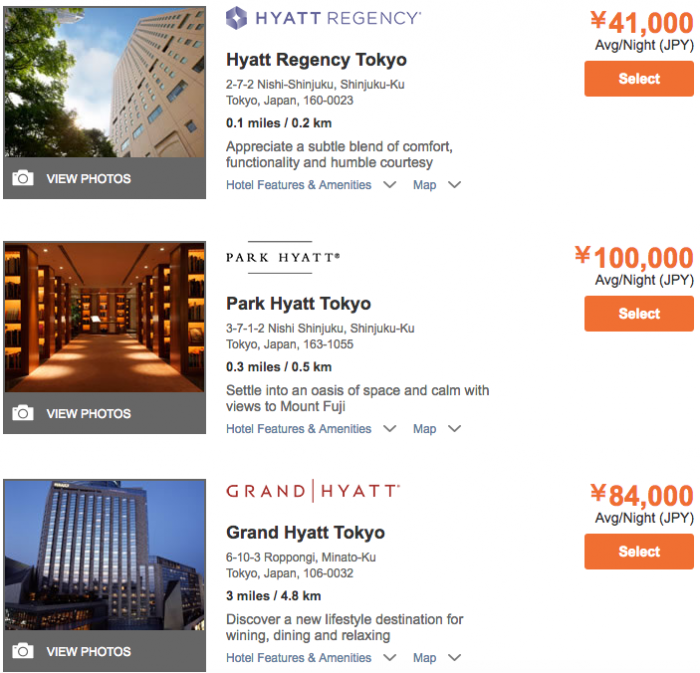 I ended up using free night certificates from the Hyatt Credit Card as well as the annual Globalist Free Night which has been deposited last month at the Park Hyatt Tokyo. 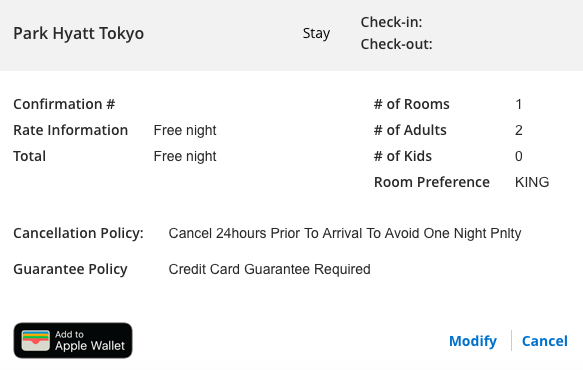 For an additional night I was able to secure a Cash&Points award at the Hyatt Regency Tokyo at a rate of 6000 Gold Passport points plus 10,600 JPY (US$95) tax included. Certainly looks a lot better than 41,000 JPY + tax for a standard room. Even though this isn’t the best hotel around the redemption value is hard to beat.

Another great catch was the Marriott Miyako in Osaka where I was able to apply a 7-night Travel Package I recently redeemed when there was a good transfer promotion with United Airlines available we wrote about here on LoyaltyLobby.

Initially the travel package was only good for a Category 1-5 Hotel and the Miyako property is a category 8 (actually it was a Cat 7 until 2 weeks ago but there was no availability back then) so I ended up upgrading the travel package retroactively with an agent for another 90,000 Marriott Rewards Points to a Cat 8. I purchased the additional points via the current SPG promotion (see John’s article here).

While I’m usually not big on Marriott properties I heard only good things about this hotel and considering the rates this is probably one of the best ratios possible for a travel package redemption.

The above redemption options are examples of how a strategic application of points during the right season can yield a phenomenal value compared to paid rates during the same time. My points redemptions for these two weeks represent roughly US$7,000 in hotel rooms not taking into account possible suite upgrades and club lounge benefits.

While I generally advocate to follow this strategy you should only do so if you have a specific redemption purpose in mind. If you just keep piling up points to maybe use them at some point in the future if the time is right you will end up with a huge balance that is eventually devalued when your loyalty program takes another slice off the salami so to speak.