Lion Air is making headlines for all the wrong reasons again after images surfaced online of large amounts of fuel pouring from a wing onto the tarmac while passengers were seated inside the aircraft. 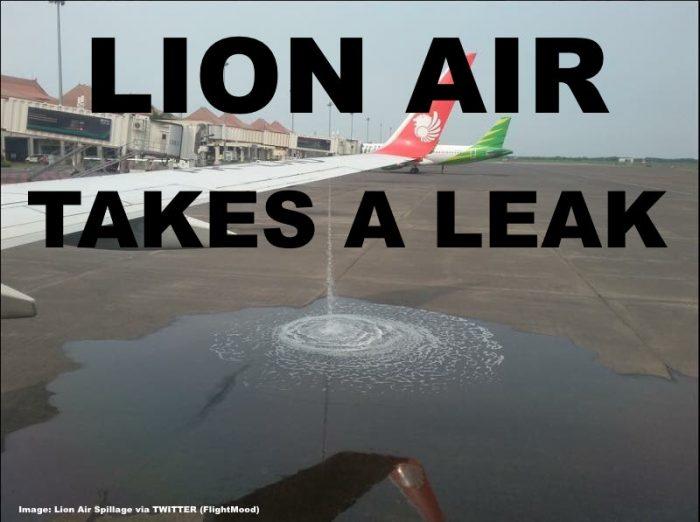 The incident where the Lion Air plane spilled its fuel on the tarmac took place at Juanda Airport in Surabaya and is just one of a series of troubling incidents in most recent time.

Meanwhile Indonesia’s Transport Minister Budi Karya Sumadi has summoned Executives of the company to brief him personally about what is happening with the airline.

Various news reports in local Indonesia press cite both the Transport Minister as well as the President of Lion Air chiming in on the situation.

In a statement released Sunday evening, Budi said Lion Air may have committed several huge errors over the past few days, such as allegedly leaving behind transit passengers in Johor Baru, Malaysia on March 29.

‘I heard that some passengers were left behind [in Jakarta CGK]. And today, a Lion Air plane spilled its fuel on the tarmac of Juanda Airport in Surabaya,” Budi said yesterday, as quoted by Okezone.

Lion Air President Director Edward Sirait confirmed the fuel leak, saying that, ‘only a few liters have been spilled.’ – The images circulating online speak a different language even though it might be a matter of interpretation of what constitutes ‘a few liters’.

Twitter (FlightMood) had some graphic, scary images of the incident. 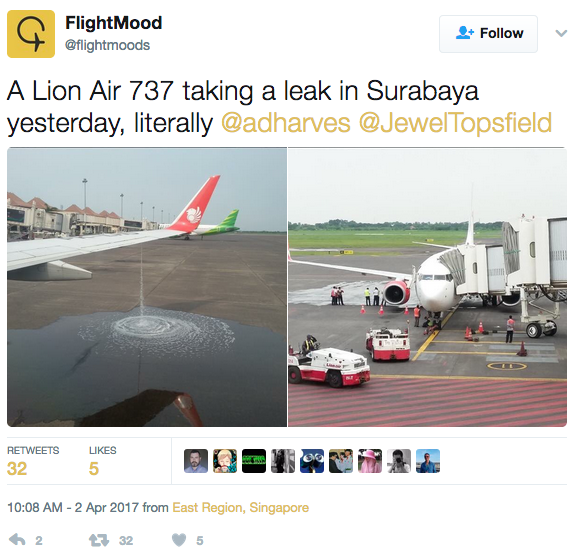 Definitely not just ‘a few liters’. One look alone confirms that such a response is absolutely absurd and reflects the lack of touch these guys at Lion Air have with reality.

In case you’ve forgotten, Lion Air is the same airline that overshot the runway in Bali and ended in the water (without casualties) and several months later hit three cows on a runway, killing one of them (see our old article here).

All these incidents, not just the old ones but rather the most recent occurrences, speak a clear language that Lion Air operations are in total chaos and unreliable. With lame excused, distorted facts and living in an alternative universe as it seems the fish always stinks from the head.

There are plenty budget carriers in the air nowadays, even in Indonesia where Air Asia is also quite popular. Sometimes people should really avoid flying sketchy carriers that are always in the news for the wrong reasons until something goes terribly wrong. 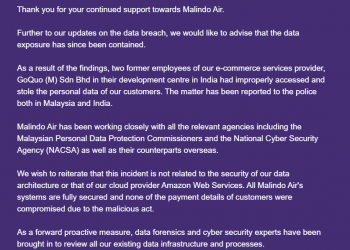 Malindo Air and Thai Lion Air, subsidiaries of Lion Group of Indonesia, have both experienced data security incident that have... 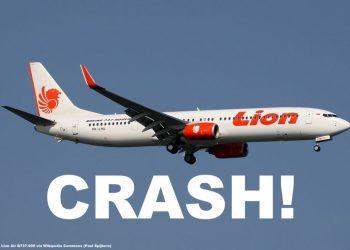 Indonesia's Lion Air has lost one of it's Boeing 737-800 aircraft short after it's departure from Jakarta early Monday morning...