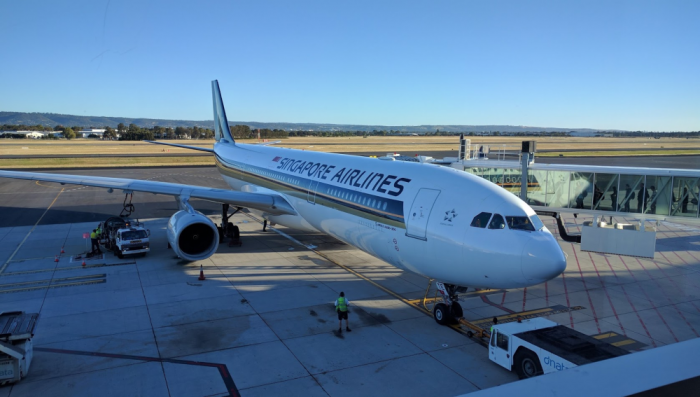 You can access Singapore Airline web page for the announcement here.

Here are the routes affected:

13 April 2017 – Singapore Airlines and regional subsidiary SilkAir have signed a Memorandum of Understanding with Air France-KLM to codeshare on each other’s flights with effect from 27 April 2017.

Under the agreement, which is subject to regulatory approvals, Singapore Airlines will add its ‘SQ’ designator code to Air France-operated flights beyond Paris to 10 destinations – Aberdeen, Bordeaux, Edinburgh, Lisbon, Lyon, Madrid, Marseille, Newcastle, Nice and Toulouse.

Air France will in turn add its ‘AF’ designator code to Singapore Airlines-operated flights beyond Singapore to Melbourne and Sydney in Australia, as well as on SilkAir-operated flights to Kuala Lumpur and Penang in Malaysia, and Phuket in Thailand.

Singapore Airlines and Air France-KLM will later explore the opportunity to expand the codeshare to other airlines within their respective groups. The agreement is intended to provide customers more options and seamless connectivity when travelling between Australia, Southeast Asia and Europe.

The airlines will also explore the possibility for Singapore Airlines’ KrisFlyer and Air France-KLM’s Flying Blue members to earn and redeem miles when travelling on the codeshare flight segments.

Mr Tan Kai Ping, Singapore Airlines Senior Vice President Marketing Planning, said: “We are delighted with our new partnership with Air France-KLM, which offers significant benefits to customers through enhanced connections and increased codeshare destinations. In addition, this new agreement provides a strong foundation for future commercial co-operation opportunities between our two airline groups. It is also another example of our commitment to the Singapore hub and the European market.”

Mr Patrick Roux, Senior Vice-President Alliances of Air France-KLM group, stated: “This new agreement is excellent news for our airline and for our customers. It will significantly improve the connections for Air France customers from Singapore to Australia. This kind of partnership is part of our aim to expand our market position and increase our range of destinations for our customers all around the world.”

I would assume that KrisFlyer members can earn miles for SQ coded but AF operated segments and vice versa. We will see if this will open other earning and redemption options between these two airline groups in the future.

These deals between airlines that belong to different alliances have become quite common nowadays. It gives headache for loyalty program members especially from other SkyTeam and Star Alliance programs. You don’t earn miles or get any benefits for flights that are not operated by alliance member (marketing carrier usually doesn’t matter).