China Immigration at Beijing Capital Airport has introduced a new regulation concerning the use of 72-hour Transit Without Visa rule that requires travelers to fill in an application and wait for clearance. 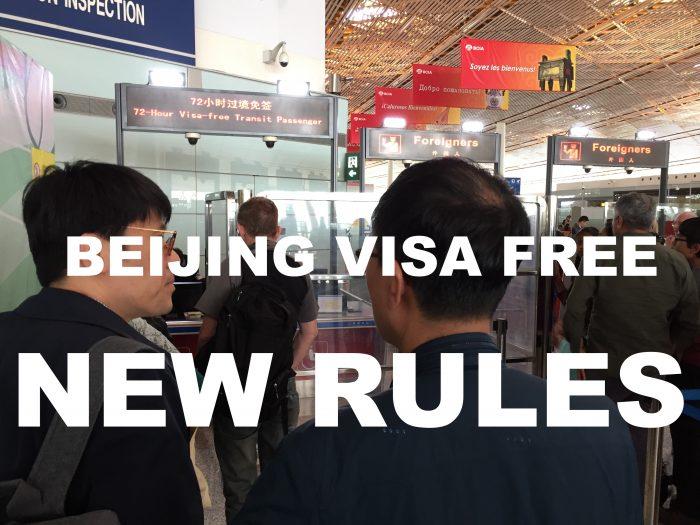 Previously simple presentation of onward tickets was sufficient but now the application form is mandatory for all stays over 24 hours as well as a “background check” that is conducted somewhere in the back office.

Not sure what prompted the changes and if this has been implemented countrywide but Beijing was always more strict with their visa free transit than other areas and also it takes a very long time to process travelers who want to enter under this scheme.

Today it took once again over an hour to clear 11 passengers and those (including myself) who wanted to stay longer than 24h had to fill in the application form (shown below) and had to see their passport wander off into the backroom with on officer. From the looks of it when it return (bend and stretched apart) they copied/scanned every single page of it. 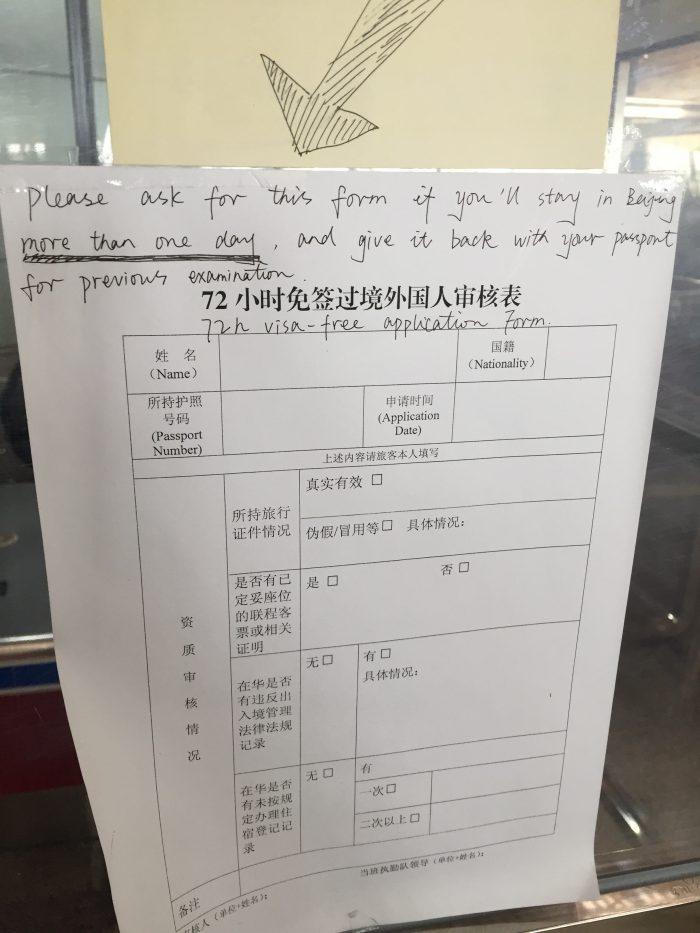 I have written previously and on multiple occasions how the immigration process for this TWOV runs (not very well) in Beijing and that it is a much more professional and expedient experience to use in Shanghai where you can stay double the time (6 days / 144 hours) without a visa.

From the looks of it it appears the authorities in Beijing aren’t all that happy with the TWOV facility and try to discourage people from using (abusing?) it too often, making it a hassle to go through it.

At the same time I recently heard from friends who tried to cheat this system by trying to depart back to thr same country where they came from, only to be told their TWOV have been revoked indefinitely. So China is definitely cracking down on this.

If you plan on using the 3 days (72 hours) TWOV facility in Beijing better bring extra time because the counter isn’t always open either. Then they send you to a different counter every single time which is highly inconsistent and unprofessional for an immigration agency.

Again, from personal experience these procedures are run much better in Shanghai. At the same time I was surprised that the announced collection of biometric data (fingerprints and photos) hasn’t been implemented yet. Once this hits you can expect extensive wait times for any entry to China.