Don’t we all love how airlines price tickets depending of the origin and destination and also where the ticket is issued?

I again came across this difference between SITI (Sold Inside – Ticketed Inside) versus SOTO (Sold Outside – Ticketed Outside) when buying Air China fare from Tokyo’s Haneda to Phuket with two day stopover in Beijing.

I first used ITA Matrix (access here) to check the fares in the market that would allow me to have a stopover in Beijing (taking advantage of the Visa free transit of up to 72-hours). ITA was able to find the fare but it wasn’t pricing correctly on the US OTA’s such as Expedia. 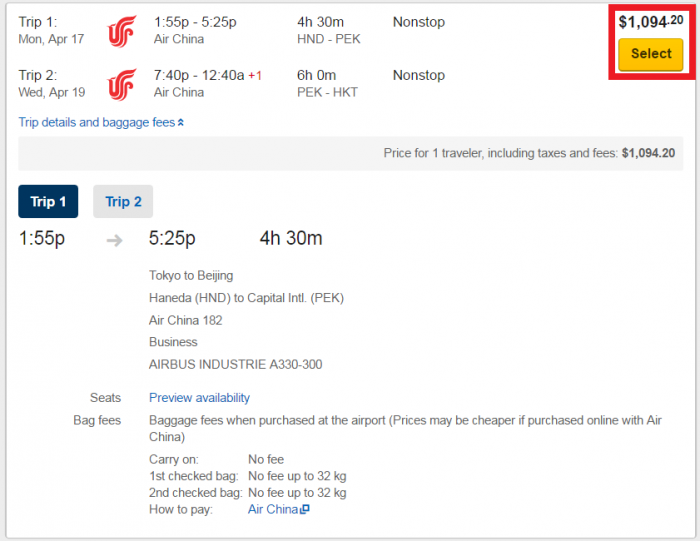 Plugged the flights to Expedia’s Japanese website and the pricing then was correct. 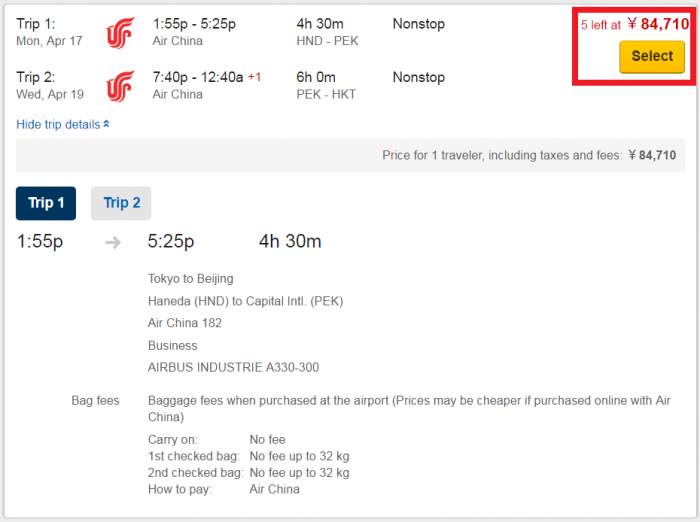 The ticket was issued and the online itinerary indicated that this was a web fare.

Many airlines issue market specific fares that are available for sale only in certain country/countries. Luckily, Expedia has local POS (Point-Of-Sale) in many of these. You can even log in using the same username and passwords in all of their various country sites.

You always have to check what the fare rules are when it comes to changes and cancellations. Sometimes they could be identical but at other times not.

It never ceases to amaze me how reliable Expedia is when it comes to issuing airline tickets and how they couldn’t care less where the credit card used for the purchase is issued. Try using foreign cards on airlines’ websites and wait for the purchases to fail.

I tend not to buy my tickets far in advance, so there are rarely schedule changes that would require me to give a call to Expedia to have the ticket re-validated. When dealing with OTA’s, these calls tend to take bit longer especially if alternate flights need to be chosen.