Reader Question: Melia INNSIDE Genova Rebranded Without Any Prior Communication?

A LoyaltyLobby reader sent me an email yesterday about having a booking made at Melia INNSIDE Genova that would be different hotel (reflagged) during the stay and what he should do about it?

Here is something I have never come across. I’m going to be in Madrid in just over a week and was booked in to the Melia INNSIDE Genova. 3 days ago I got an email from Melia telling me that the reservation is no longer guaranteed because the operator is changing hands on 28 April (i.e. today).

I wrote back asking for more details and in the interim went to the Genova website and noted that bookings were not available from yesterday onwards.

Melia told me they can transfer me to another hotel – Melia Princesa.. a 5* (INNSIDE is 4*) on the same terms, but I would get a standard room which is supposed to be better than the deluxe room at the first hotel.

As of today, Genova has disappeared from the Melia website.

I called the number on my reservation for the INNSIDE and got to speak to someone who asked my arrival date to punch in to the system, and then gave me my name… and confirmed that my reservation was still valid with them and nothing has changed, except it is no longer a Melia hotel but one run by a small Spanish group called Star Dinero.

I’m not entirely sure what I should do.. shall I stay where I am, or do I change to the Melia Princesa? What would you do?

What is interesting is that I have been unable to find anything about this change online .. google etc.

These reflaggings are happening more often due to the fact that most hotel chains have adopted “asset light” strategy meaning that they own only few if any hotels that are flying their flags.

Depending of the franchise agreements that these hotel owners have made, they might decide to switch the brand if hotel is not performing well or they are not satisfied with the fees charged. The problem is that hotels or loyalty programs rarely communicate these changes to those that have made bookings.

As loyalty programs now dictate more where people actually decide to stay, many that have made reservations for hotel that is switching the flag actually want to cancel their reservation and move elsewhere. This is understandable. Why would someone want to stay at property without any benefits?

Some hotels allow people to cancel their reservations while others claim that switching a flag is not significant change.

I would always argue that hotel switching a brand is significant enough change to let someone to get out of prepaid or noncancelable reservation if they so wish. It is not in the hotel’s best interest to have pissed off guests staying and leaving less than stellar reviews on TripAdvisor.

It is really up to the reader if he wants to move his reservation or not. The hotel itself hasn’t changed but the branding is. Melia has loyalty program that comes with some benefits. Not sure if the reader is member of it.

Hotels and chains could work much better when these reflags happen. Sometimes these changes are not communicated to those that have made reservations at all.

Award reservations are sometimes honored but usually no. Reflagged hotels try not to leave those off the hook that have paid prepaid and nonrefundable reservation, although the benefit package for loyalty program members usually is no longer there.

I hope that the reader made the right choice that suited him best. 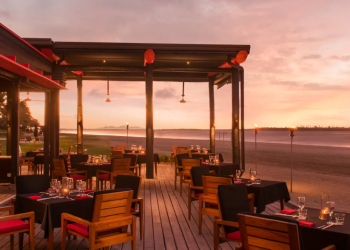 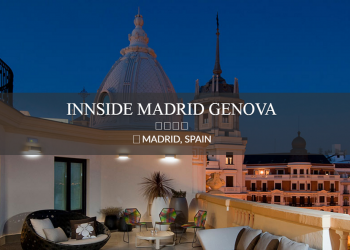 Reader Question: Melia INNSIDE Genova Rebranded Without Any Prior Communication?