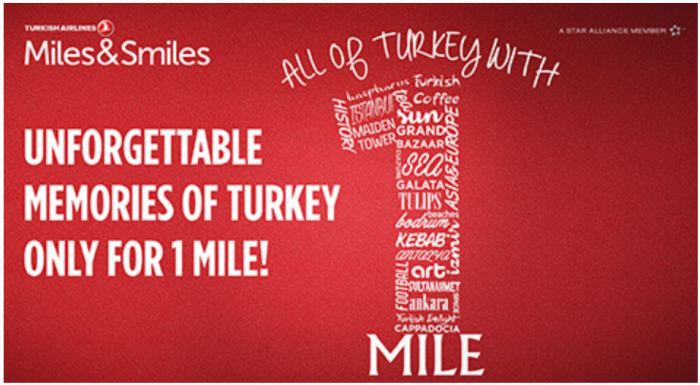 Miles&Smiles members are able to redeem an economy round-trip award ticket to Turkey for just 1 miles for travel between May 7 – July 14, 2017. Member is required to pay taxes and sometimes those very high fees (read fuel surcharges).

Here are the eligible regions:

This is interesting promotion for those that wish to visit Istanbul in ECONOMY and live in low YQ (fuel surcharge) city/country. I would be more willing to pay 2 miles and redeem in BUSINESS class, however.

Frankly, the Turkey’s tourism industry is in toilet due to all the instability in the country and the current leader that is demonstrating dictator type traits. I was in Istanbul last time almost exactly 12 months ago and hotel prices were very reasonable.