Today’s Fabulous Fridays comes to us from 35,000 feet in the air, and covers something that has become increasingly important to frequent flyers over the last several years: reliable and affordable internet connectivity in the sky.

Domestically in the US, I usually fly with American, but decided to try JetBlue this week on a flight from Boston to Charlotte, and must say I was very impressed, notably with the wifi service (Fly-Fi) that they offer on board.

This is the first time I’d flown JetBlue since their announcement in January about “always-free and speedy Wi-Fi connectivity on every aircraft from the departure gate to the arrival gate“. The flight was on an Embraer E190 plane, which after flying on many of these smaller jets with other airlines over the last several years, I wasn’t expecting much.

But when I logged onto the wifi network, I was first reminded of the fact that it was free. Totally free, no catches or anything. You don’t even have to log in and verify your email or anything (you could log in if you want with your name and TrueBlue account information to get bonus TrueBlue points for shopping on Amazon.com per their new partnership agreement). You can be logged in with multiple devices at once. And the speed is FAST!

I ran a few speedtests and the tests all came back with a fairly consistent download speed of around 11.5 or so Mbps (which for comparison is about 3x faster than the speed required for 720p HD video): 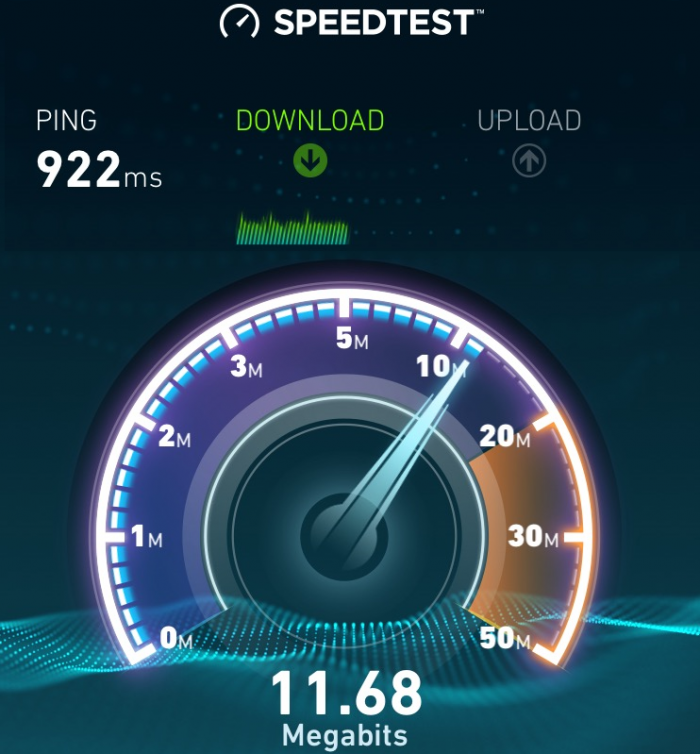 I had used the Gogo “air-to-ground” (cellular-based) internet service on various United, American and Delta flights over the years as well as the United satellite-based internet they rolled out a few years back and I’ve probably had connection issues on almost half of the flights I’ve used internet on, and had become accustomed to the slow speeds.

On my JetBlue flight, I was able to stream music over the internet on my phone as well as watch HD video on both the Amazon Video and Netflix apps on my phone (although my video screen shot didn’t come out too well I can assure you the quality was great and I don’t remember it buffering once for about the 30-40 minutes I watched): 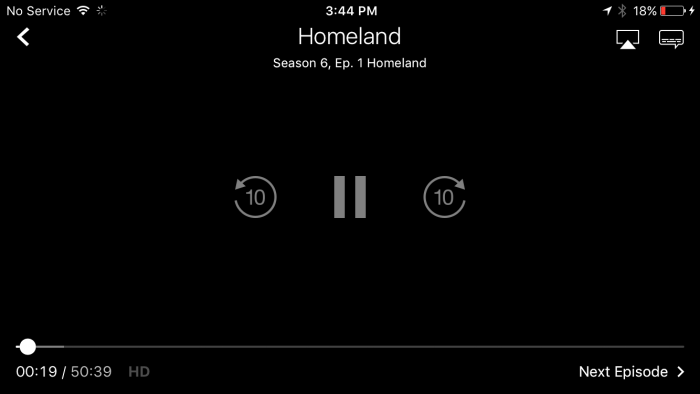 JetBlue partners with ViaSat, which currently has a single communications satellite in orbit (ViaSat-1) capable of providing 140 Gbps (1 Gbps = 1024 Mbps) of total bandwidth across all connected users serving mostly the North America region. This means that almost 12,000 simultaneous users could all experience internet speeds of around 12 Mbps.  The company is launching another satellite in June 2017 which is capable of providing an additional 300 Gbps of bandwidth, essentially tripling the current capacity.

Satellite internet is beginning to “take off” not just in the US but in other regions of the world where cellular-based in-flight technology has progressed more slowly, including Europe and Australia. Qantas is currently testing satellite-based wifi on their Boeing 737 aircraft which are used heavily on domestic routes popular with business travelers (i.e. Sydney-Melbourne); Lufthansa Group just announced a few days ago availability of satellite internet on many of their A320 aircraft (including some Austrian and Eurowings planes).

There has been a lot of advancement in in-flight wifi technology recently that has airlines and internet providers scrambling to keep up.  It used to be enough for an airline to be able to offer any kind of in-flight internet connectivity, but now speed and reliability is important for travelers to stay productive in the air.

Hopefully the trend toward cheaper and faster internet will catch on more in the airline industry in the near future as it has in the hotel industry in recent times.

Airfare of the Day [Mint Suites] JETBLUE Los Angeles to Miami (or v.v.) from $399 OW

Today’s Airfare of the Day goes to JetBlue and their business class restricted one way fares between Los Angeles (LAX)...