Qantas has banned Perth resident for life after the pensioner pushed pie into the face of the Qantas CEO Mr. Joyce. 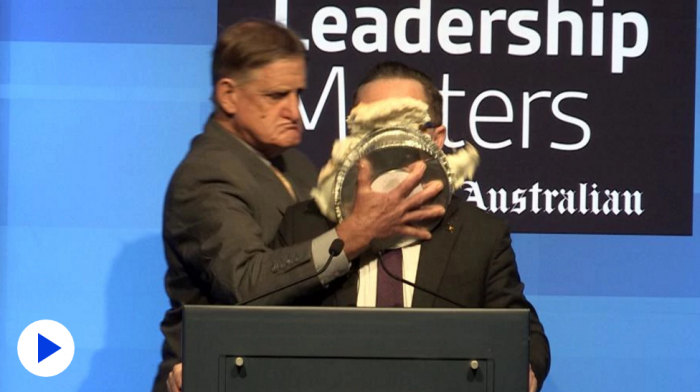 Mr. Joyce was giving a speech on Tuesday last week at an event when this incident happened.

Here’s an excerpt from The West Australian (access the piece here):

At the time, Mr Overheu said he wanted to make a statement about corporate Australia trying to influence social issues, including gay marriage.

The former farmer, who now lives in Willetton, apologised to Mr Joyce and expressed regret over his actions last week.

It is understood the ban was imposed on Friday. It will prohibit Mr Overheu from travelling on flights operated by Qantas, Jetstar or any partner airline, such as Emirates.

Qantas declined to comment yesterday because the case is now before the courts but it is understood the ban is standard company practice for anyone accused of harassing or attacking staff.

I could have understood (not really) the action if it was due to the extend the airline has moved mainline routes to DeathStar (that’s the name Qantas employees use for JetStar) over the years? But protesting because Qantas supports equal marriage (not legal in Australia yet)? Doesn’t make much sense.

Anyway, this was really inappropriate regardless how much you may disagree with someone or the position that the company has taken on issues. Nobody wants events such as this to become more “secure”.

Qantas may ban the passengers for flying on its flights. Doubt that this ban could extend to partner airlines such as Emirates (they could ban him booking perhaps QF codeshares on EK) or Oneworld.