A flight crew instructor from Cathay Pacific’s safety training school has been arrested over the alleged indecent assault of one of his trainees, a 34-year-old air steward in training. 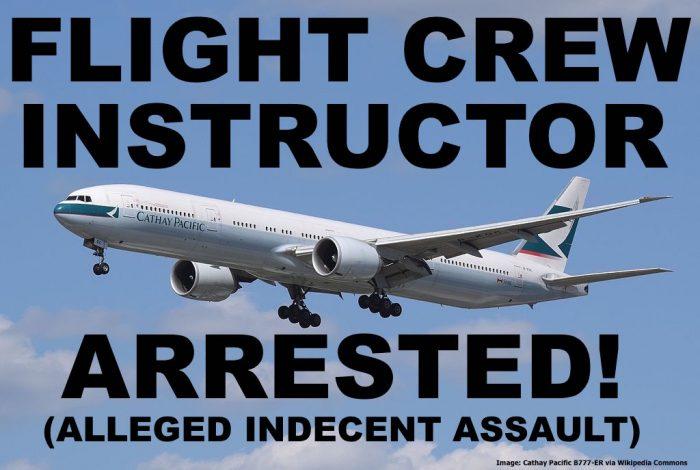 The incident allegedly happened at Cathay Pacific headquarters in Hong Kong where the airline trains and educates their flight attendants to make them ready for the skies.

The only media reporting about this at the moment is Chinese publication Oriental Daily (see here) but it’s probably just a matter of time until other outlets such as SCMP will pick up on it.

As per the news article, the accused safety training specialist was reported having groped the 34-year-old man’s chest, buttocks, and lower body. The incident took place on April 17th 2017.

The steward filed a police report on April 19th. Police sources relayed to Oriental Daily that a 32-year-old man had been arrested last week (Wednesday, May 10) on suspicion of (indecent) assault in relation to the case. The man was released on bail after an interview had been conducted, pending further inquiries.

According to local media reports, the steward resigned from Cathay Pacific after the incident. Cathay itself didn’t avail themselves to further comments apart from stating that they cooperate with the pending police investigation.

Shameful and unfortunate that this happened to the gentleman who just started his career with Cathay. It highlights that sexual abuse at the workplace is alive and well at all parts of the world and across all genders. Mind you, this victim wasn’t a young helpless teenager but an accomplished adult 34 years of age.