A LoyaltyLobby reader sent me an email about a downgrade that happened from World Traveler Plus to World Traveler on British Airways flight from London to Singapore.

Can you help please?

My name Is REMOVED and I was due to go away before Easter for a special holiday with my husband and 11 year old daughter to celebrate my 50th birthday. I am a full time wheelchair user due to having dystonia following a brain infection.

To cut a very long story short, we were told there were no premium economy seats for us on the plane and we would have to be downgraded to economy and these may be all separate seats too.

We were flabbergasted as I have flown a great deal but had never had this happen before. The airline and its staff had all my requests and papers on file and I was even recommended by various people to book these seats as they would give me more room. However we were then told that they could not get us seats together but these would have to be in economy.

We were encouraged to take these seats as it was explained to us that we may not get compensation etc if we refused them and they had offered us any seats.

Just before we departed, we saw a woman who offered us just £188 for all three of us as inconvenience money. We refused that, there and then.

At this point none of us wanted to travel and personally I was dreading this long haul flight of 13+ hours, as I needed all the room I could get!

My daughter was in floods of tears as we then had to board the plane and I must have travelled passed hundreds of passengers in order to get to my seat using the skychair and that alone was humiliating and difficult!

Needless to say the Airline has not offered anything else, just saying we can still claim the £188 and a very weak ‘sorry about that etc’. They had a strange attitude regarding this- almost not seeming particularly sorry.

Following this flight I have put a claim in for the difference of the seats but I also lost 2 days of my holiday, in bed in the hotel room, cancelled trips around Singapore that had been arranged previously,but was in too much pain etc to go on.

How can this be legal? If they have to downgrade anyone, then it should be on a voluntary basis only.
Can anyone help with this please? I am ready and willing to get a solicitor/lawyer to help me as I really feel strongly that they should not downgrade wheelchair users and also it would be nice to get a refund for the outward flight.

I exchanged couple of emails with the reader and they were traveling on British Airways flight from London to Singapore.

As long as they had confirmed ticket in premium economy that British Airways calls World Traveler Plus, the travel (in this case the family) is entitled to 75% refund for price paid for the segment due to the downgrade. It is inconceivable that 188 GBP would be adequate compensation for downgrading three passengers.

Given our recently researched experiences when claiming compensation from British Airways in such cases I wouldn’t count on BA giving a positive response to this.

Sebastian recently wrote a manual on how to proceed in claiming EU Compensation from British Airways (access his article here).

Passengers who have a valid claim and a carrier refuses to pay can either sue the airline via Money Claim in the UK or use a National Enforcement Body in their European country of residence (list below) or even outside the EU such as the US Department of Transportation.

However since this claim is related for a claim of a UK originating flight, the national enforcement body has stopped resolving these matters themselves and all complaints are processed by the Centre for Effective Dispute Resolution (CEDR).

Here is an email we received from the British authorities related to a recent, similar case:

Should you wish to know more about Alternative Dispute Resolution, the CAA website  provides additional information about the ADR scheme.

Keep in mind before one can use the CEDR process the passenger is required to attempt to have the matter resolved with the airline directly and there needs to be a paper/email trail where communication can be proven later. Keep photos, copies and screenshots of everything in such a case!

Seems that British Airways has acknowledged that they screwed up because why would they have otherwise offered 188 GBP on the spot? That is basically less than 63 pounds per person. Over the past 12 months we have featured a couple cases where BA refused to offer proper compensation as required by law including several cases where a downgrade occurred and it appeared that BA gate agents singled out passengers by ethnicity (Chinese in that case). Here it seems like they targeted disabled passengers.

The reader could have requested British Airways to move them to other airline and/or to business class. I do understand that making these requests on the sport can be difficult and BA could be less than accommodating as well.

Obliviously nothing will compensate for the loss time in Singapore due to uncomfortable travel in economy. I hope that the reader is able to put some more cash in their pockets by following my advice above and go after BA. 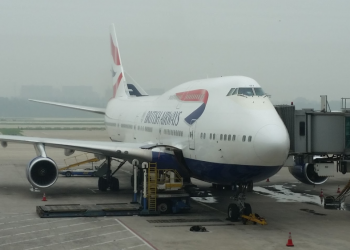