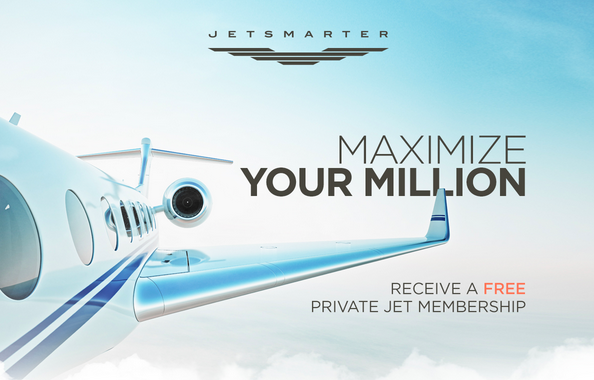 The condition: Customers who apply for this promotion are required to submit ‘verifiable proof’ of a top tier frequent flier membership or a respective balance sheet displaying 1 Million miles / credit card points.

JetSmarter is pretty much an UBER-like for aircraft that allows for various types of private jet use on a ‘seat available’ basis which means that the user will likely (but not always) fly with other passengers in the jet.

The option is either a ‘pay as you’ sign-up where anybody can book such flights ad hoc or one can sign up for a paid membership that allows unlimited flights for certain connections.

The Simple Membership is now available through this 3 months trial match. 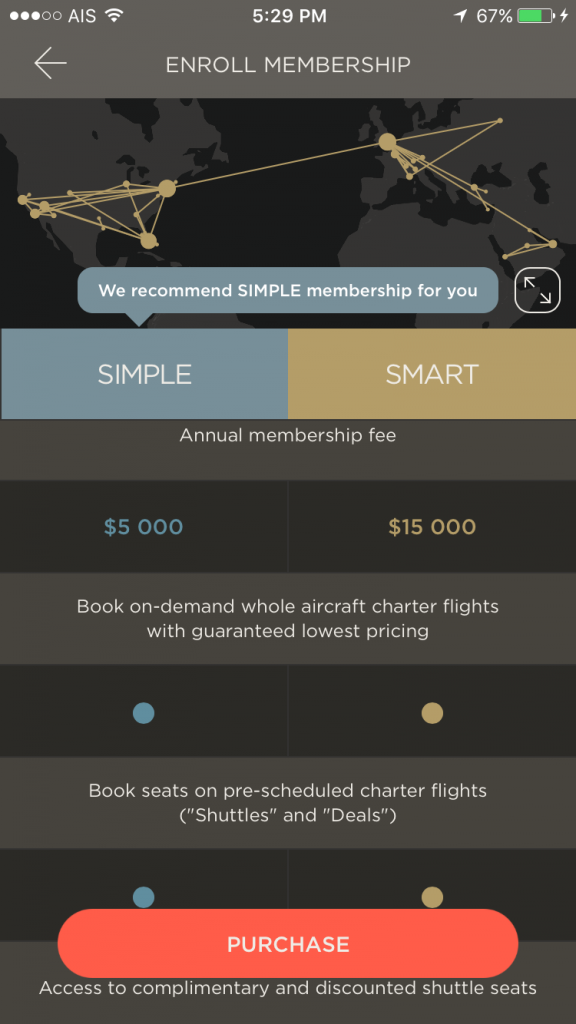 I downloaded the JetSmarter app a while ago but never ended up booking anything as there was simply no routing available where I needed to go. The focus is on connections in the U.S. as well as in Europe (limited). In Asia they don’t offer any routes at all – much to my dismay. Short after signing up I got a call from JetSmarter where someone was able to answer a few questions and also mentioned that they plan to have routes between mainland China and Hong Kong at some point. We shall see.

On Friday I got an email from JetSmarter offering said promotion for 3 months free flights under the ‘Simple Membership’:

If you have 1,000,000 frequent flyer miles or credit card points, or if you hold the highest elite status with a major airline, JetSmarter is giving you a three-month membership with:

So, either the ‘Highest Elite Status’ or ‘1 Million Frequent Flyer Miles / Credit Card Points’ is the requirement to receive the three months worth of free flights IF there are any in your area or you travel wherever they are available. 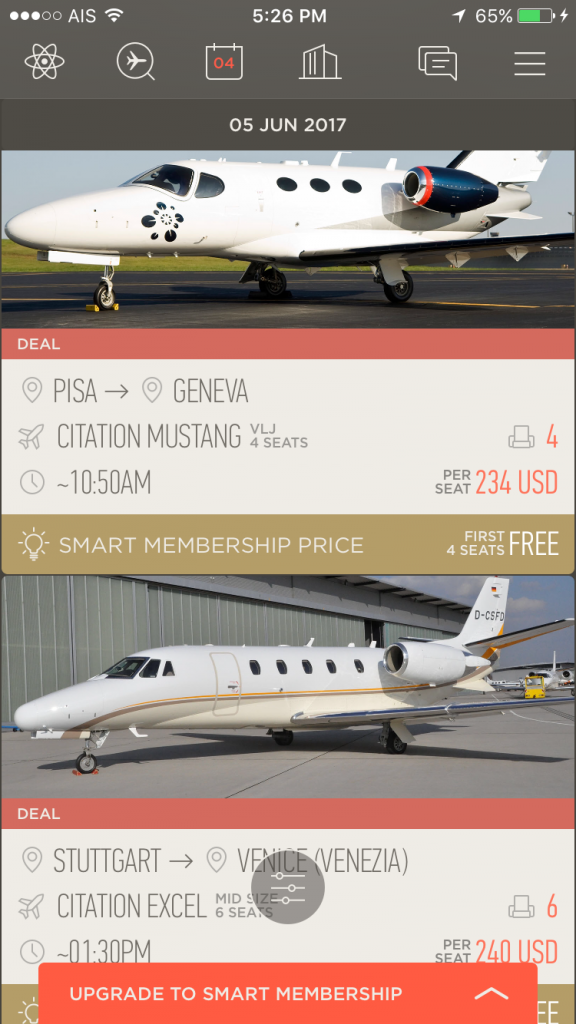 That leaves a few questions in regards to the match which I have sent to JetSmarter but since it’s weekend I haven’t gotten a reply yet.

Over the time that JetSmarter exists there have been some big changes to the product and they often haven’t been very positive.

The used to be a London to Dubai shuttle which is now officially closed. The Helicopter Shuttle from New York to the Hampton’s has also been axed without replacement. Especially upsetting for people who paid the Smart Membership price of US$15,000 unless there will be some improvements.

JetSmarter has raised US$105 Mio in Venture Capital last December as TechCrunch reported (see here). However keep in mind the company has to pay the jet operators for the use of the empty legs. That can get expensive with the time and the question is how long the millions will last them.

Right now they are actively approaching existing members to prepay flights or make ‘voluntary deposits’ into their account for a bonus/discount between 5-10%. This usually means a company wants to collect capital. How badly they need it… nobody knows!

This isn’t the first time that JetSmarter has a promotion where new subscribers can try the service for free during a limited time period.

I don’t see a problem with trying to sign up for this promotion. Not sure how JetSmarter wants to verify the membership materials and account statements passengers submit as advertised. I would be very careful in giving out access to live accounts which I think is a given.

When it comes to a paid membership however then I’d probably be careful to invest a whopping $5k or $15k in advance. There is potential to save and get value for money but if a member purchases it to use one specific service and that one is cancelled without notice as mentioned…. That’s a complete loss!