LEVEL Airlines is the newest member of IAG (holding group owner of British Airways, Iberia, Vueling and Aer Lingus). The airline, that started operations today with 2 aircrafts and 4 routes, is IAG’s bet for the long-haul Low Cost market and a direct response to Norwegian Airlines long haul flights between Europe and the Americas.

After flying in their inaugural flight between Barcelona and Los Angeles (you can access my review here), I returned to Barcelona today from Oakland International Airport on their Premium Economy product.

I booked LEVEL Premium Discounted fare, that includes all the perks of the Premium product except seat assignment (which were offered for $22/$37). At check-in, I got assigned seat 2A but the site allowed me to change seats free of charge.

LEVEL Airlines operates from Terminal 1 at Oakland International Airport. Check in was operating with 4 counters: 3 for Economy passengers and 1 for Premium Economy. They had one person checking for the dimensions and weight of the hand luggage. She took my suitcase and weighted and returned asking me to remove something from the suitcase as I was 600 g over the limit (10 kg/22 lb). I took my jacket out, and put it back in after she weighted the suitcase again. 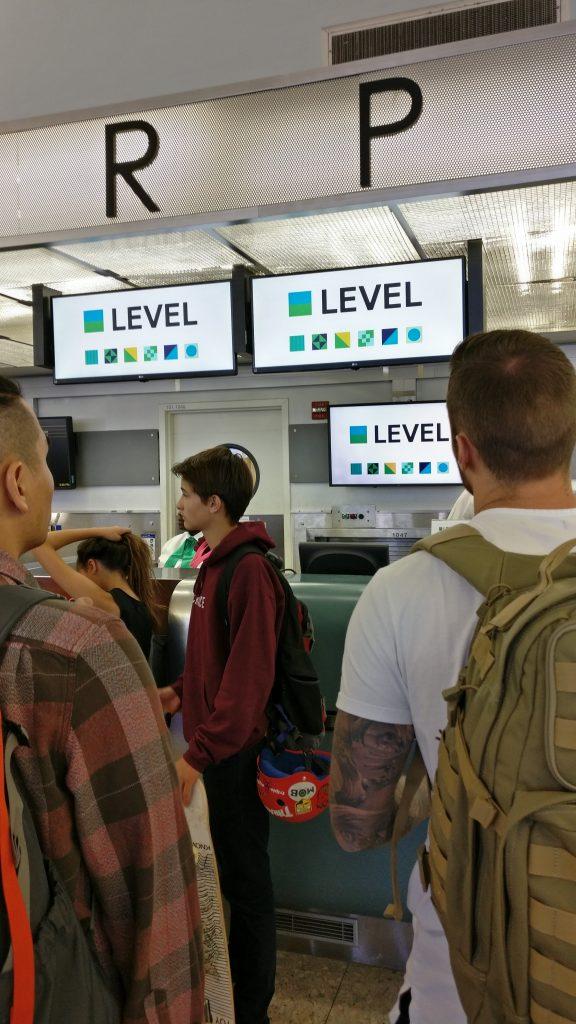 They had again the hand luggage dimensions check:

Boarding was organized by zones: Premium Economy + 3 Economy boarding zones. In general Boarding was much more efficient than in Barcelona.

The Premium Economy cabin consists of 21 reclinable seats with 37” pitch in a 2-3-2 layout. The seats are sleek but with much more cushion than the seats in Economy. The fabric used for the cushions is breathable and it did not feel hot at any point of the flight. This is the same hard product that Iberia will be offering on their long haul flights starting this summer. 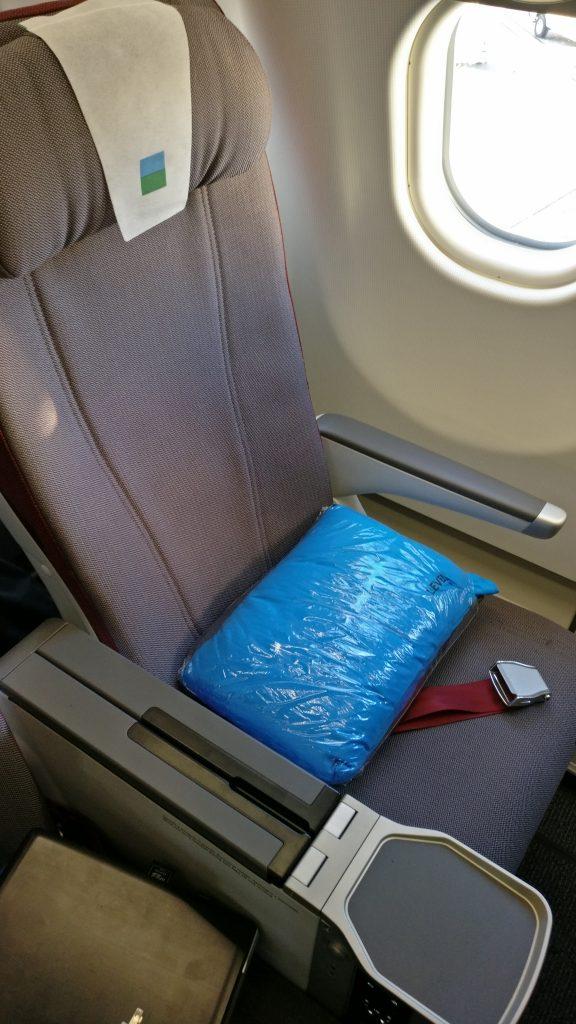 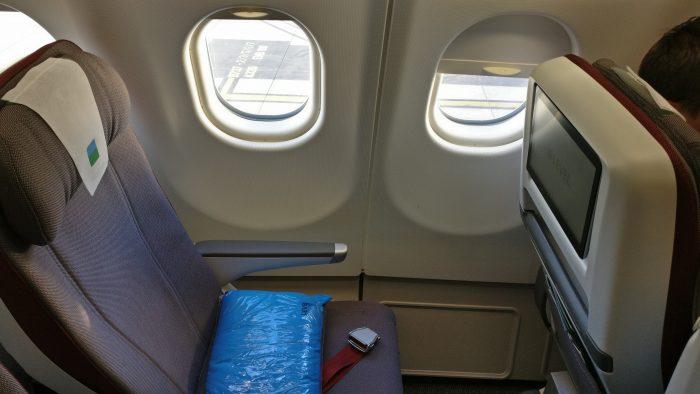 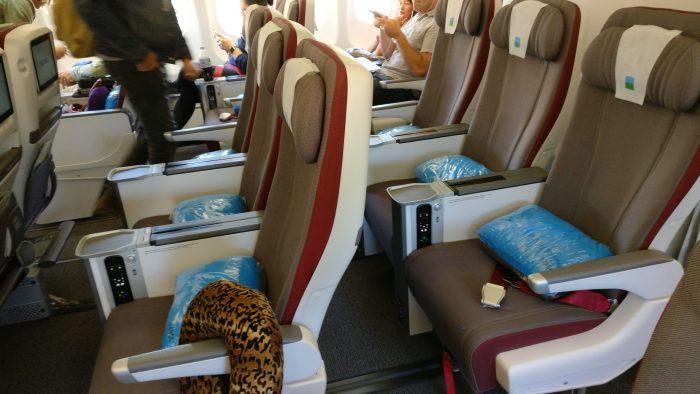 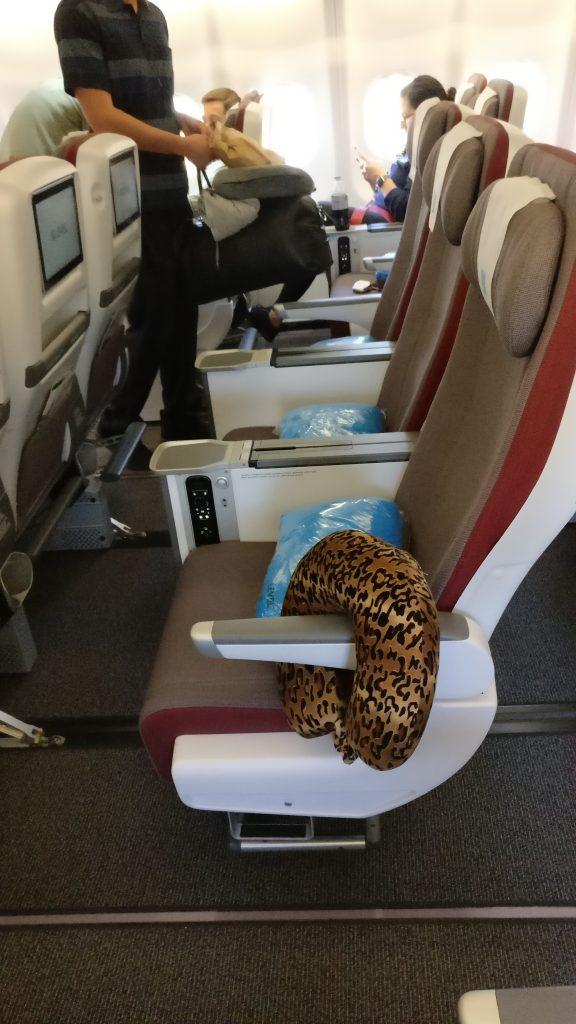 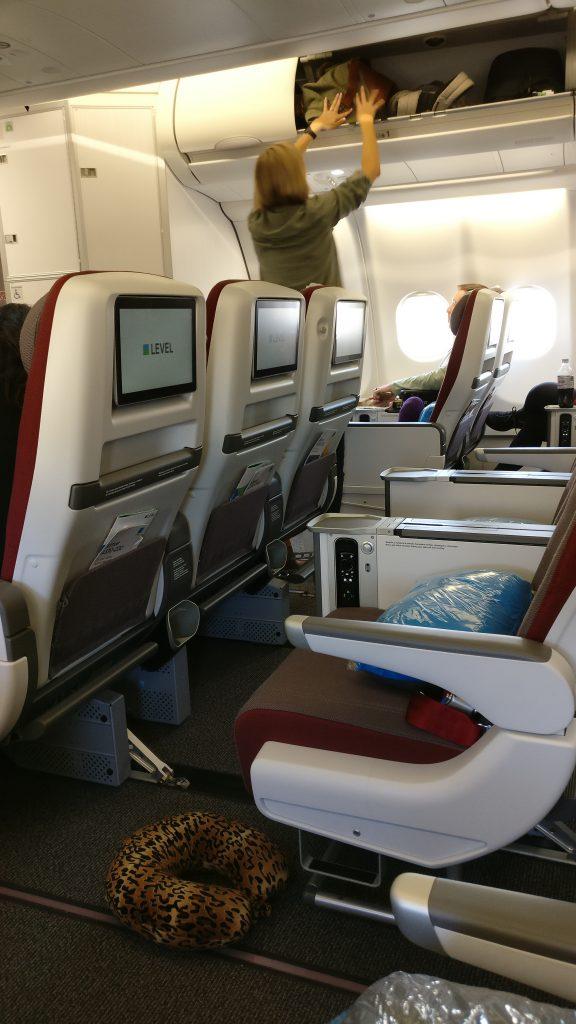 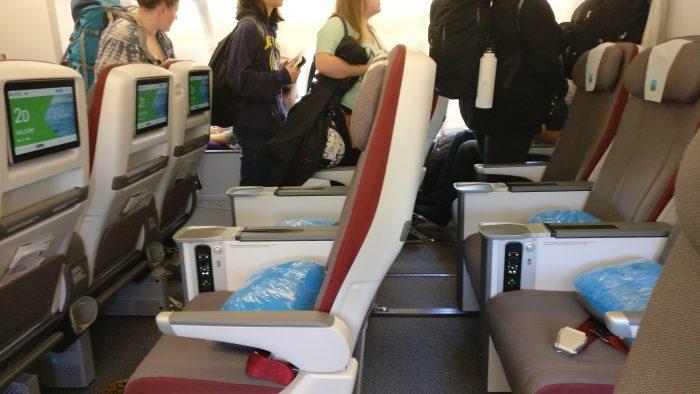 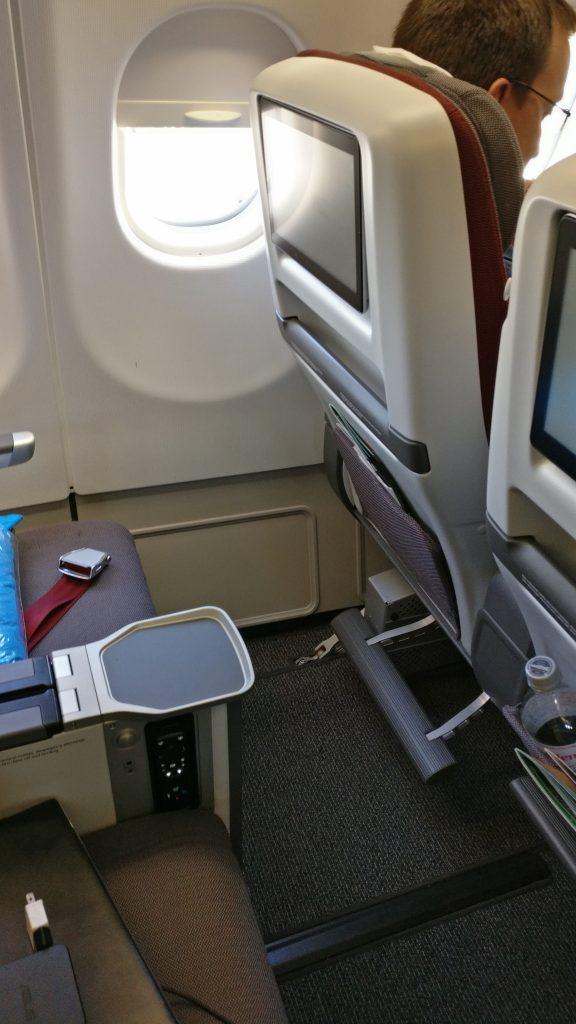 We were offered orange juice as pre-departure drink:

Here is some video of the take off from Oakland Airport:

It was a beautiful afternoon in the Bay Area!

Every seat in the Premium Economy cabin has a 12” touch screen, offering the same content as in the Economy cabin. A remote control came in the seat. 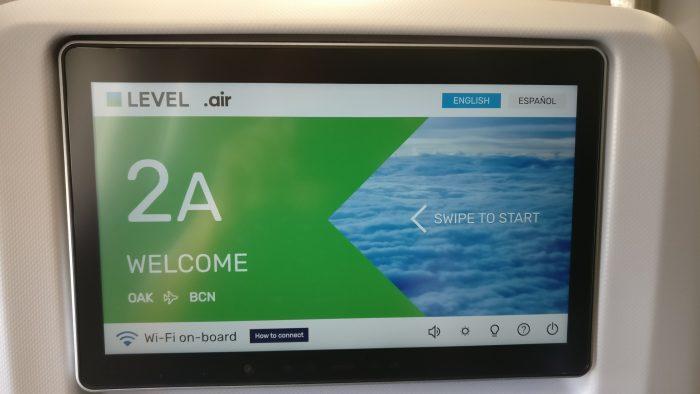 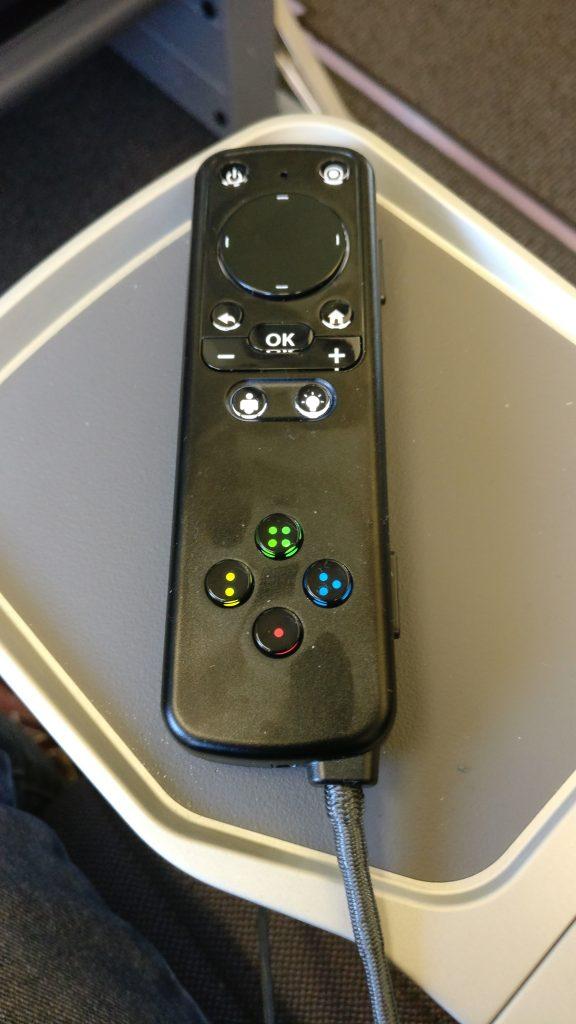 Noise cancelling headphones were handed out after take off.

Two power outlets and two USB ports were also available in between the seats: 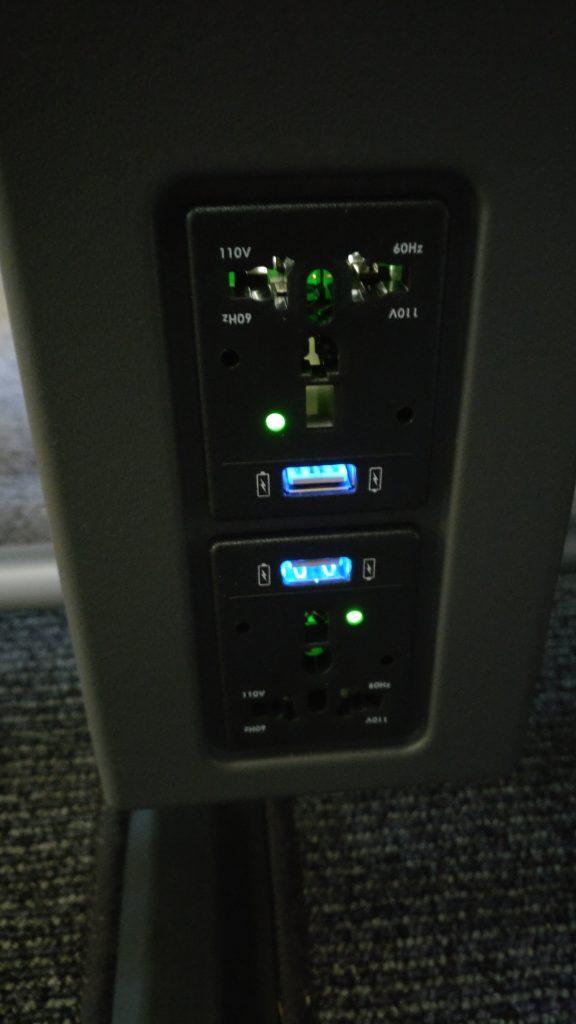 At boarding, every seat had a pack with a blanket and a pillow: 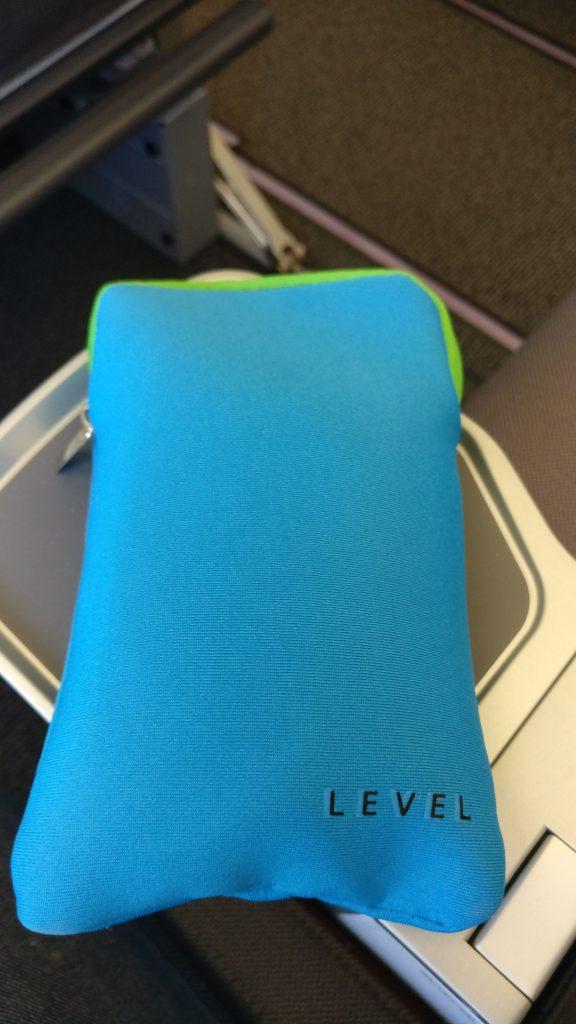 As in my outbound flight, the food service was actually good. This time I had a chicken teriyaki for the diner service. 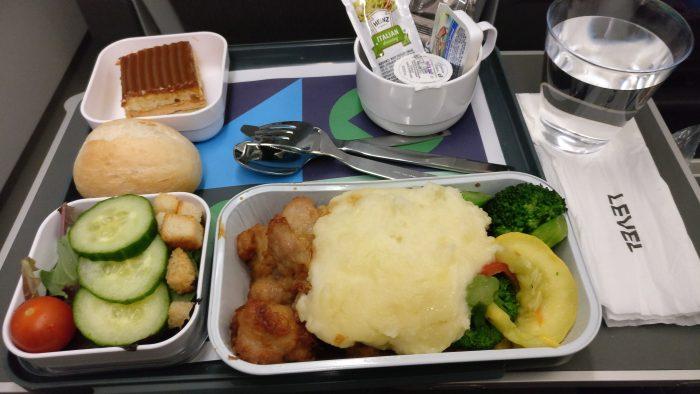 The pre-arrival snack was a ham, cheese and pesto sandwich, yogurt and snacks.

I could confirm from the staff that the Premium Economy food service was the same pre-paid food service offered in Economy Class for 35€.

Here is some video of the landning @ BCN:

This Premium Economy product reminded me of what Economy Class long haul hard product used to be 20 years ago in terms of pitch and width of the seats and the footrest and the food servings. Isn’t is sad that the airline industry has raced so much to the bottom that it has to be sold as a Premium product now?

Today’s Airfare of the Day goes to Iberia and their shoulder season midweek premium economy sell-up round trip fares between...

As I posted a week ago, I ended up spending six months of 2020 in Japan and decided to repatriate...