I had a chance to check out British Airways’ World Traveller Plus (Premium Economy) service last week on a flight from Boston to London due to a last minute pre-flight operational upgrade from my original Economy class booking.

I had flown BA in both business and economy several times each over the last couple of years but this was my first flight in Premium Economy and I was interested to compare.

I had wanted to go to London for Memorial Day weekend and was going to book a last minute roundtrip award, but a great business class fare opened up about a week before for roundtrip travel from Switzerland to the USA, so I booked that for the return, and for the outbound for this trip and my positioning flight to Geneva, I booked two BA economy awards using Avios points, including this one which cost 13,000 Avios plus $153 in taxes/carrier surcharges for an off-peak Economy award (I believe BA lowered surcharges recently on economy awards which make these a bit more reasonable compared to what they were before).

I arrived at Boston Logan’s international terminal (Terminal E) around 9:15pm for my 10:40pm flight. The terminal was quite crowded due to several recent late night flight additions, but as this was the last flight of the evening for BA, there were only a handful of customers checking in at this time.  Because I wasn’t checking any bags, I decided to use one of the numerous multi-airline check-in kiosks available to get my boarding pass.

I then went to the BA lounge (check out my review here) for the next 45 min or so until my flight was ready to board.  Toward the end of my lounge visit, there were a bunch of names announced to come to the front desk including mine.  When I got there, I was offered an operational upgrade to World Traveller Plus, which didn’t surprise me too much as I knew economy was close to sold out when I checked the night before and BA often offers operational upgrades to passengers with oneworld Emerald status which I have.

I actually didn’t realize until later that you can board BA flights directly from the lounge in BOS, so I took the long way down to the gate area to board.  On board, I made my way to my seat (22D) which is an aisle seat one row behind the bulkhead row on this four class 777-200 plane.

Apologies for the blurriness of the pic; didn’t realize it came out so bad until later. But trust me it wasn’t too impressive in focus either. Here is BA’s image of a similar premium economy seat from their website, but I’d say even with the blurriness, you can tell that the seat I was in has had its better days! 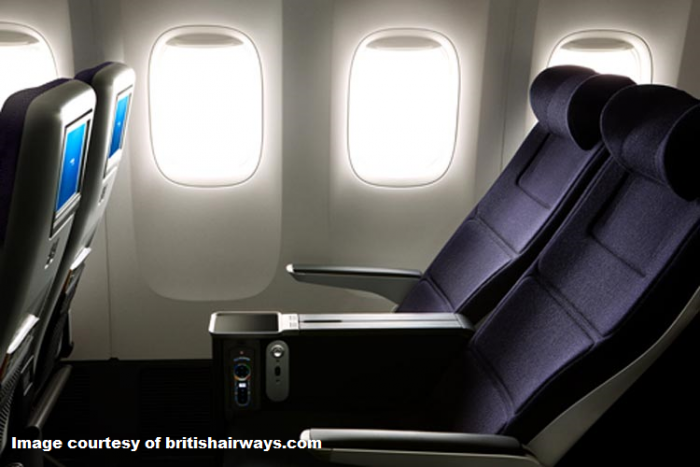 There was no pre-departure beverage, and due to the late departure and short flight, and since I had filled up on food and drink in the lounge, I was content to just try to get some sleep soon after takeoff.  There were small printed cards with the menu in the seat pocket though:

As I passed on the meal to sleep, I didn’t happen to get a picture of the food, but I did wake up and had a glance at my neighbor’s meal, and it didn’t look too impressive. Food was served economy style all at once on a fairly plain tray.

I did wake up in time for breakfast, for which I was expecting a bit more, but the options weren’t much to speak of either. Cereal bars and yogurt were pretty much the highlight of breakfast, which was served a la carte without a tray with a beverage.

Arrival at LHR T5 was abysmal; we arrived at a remote stand and had to be bussed to the terminal.  I would have been able to depart the plane sooner, but I realized as I walked about halfway through the business cabin on the way to the exit that I left my portable phone charger in the pocket at my seat, so I waited until almost all the economy customers deplaned before I could make my way back there.  As they were only letting about 40-50 passengers onto each bus, it was close to one hour from the time we arrived at the gate to the time the last passengers got to the terminal.

When we arrived at T5, I headed for the dreaded UK Border/Immigration queue, which can sometimes take an hour or more to get through at busy times. Customers traveling in business or first class with an invitation from the airline are allowed to use the Fast Track queue which can save a significant amount of time. However, the “guards” that allow people in are usually very strict, and I’ve been denied access once even when I was traveling in business class because I didn’t have the invitation card (airline ran out), so I wasn’t expecting to be admitted to Fast Track when I flashed by BA boarding pass and oneworld Emerald card, but to my surprise they let me through and after 5 minutes, I was through immigration and on my way to the BA Arrivals Lounge located on the top floor of the terminal after exiting customs. 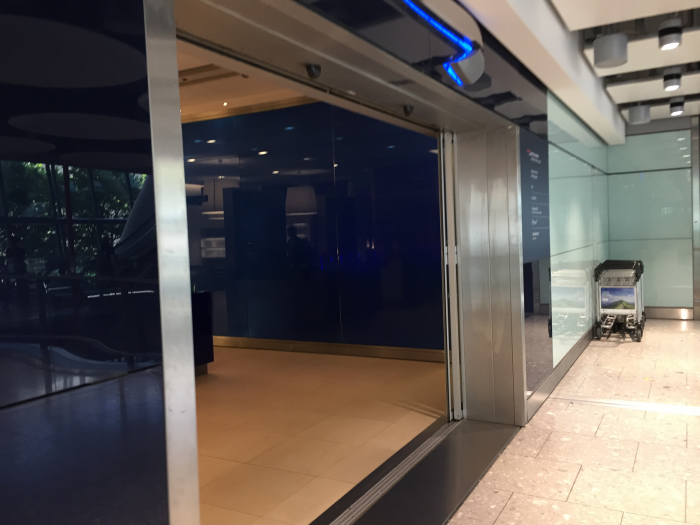 The arrivals lounge is open to First and Club World (Business) passengers as well as BA Gold/oneworld Emerald passengers traveling in any class on a longhaul flight.  The lounge has a few separate seating areas including a dining area with tables and chairs, another area with dimmer lighting and more loungey seats, and a business center with computers and printers. 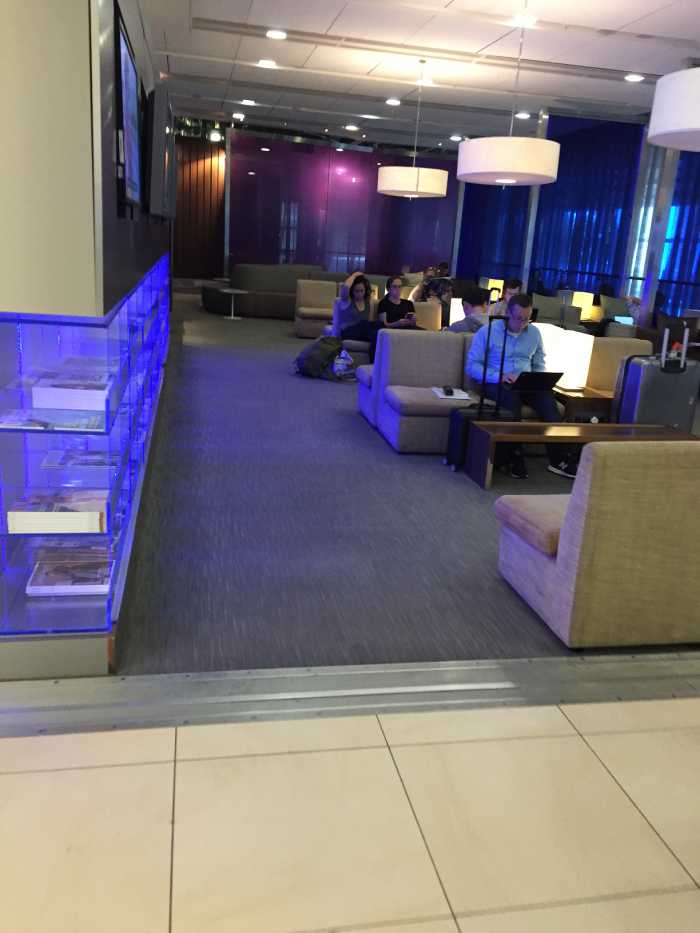 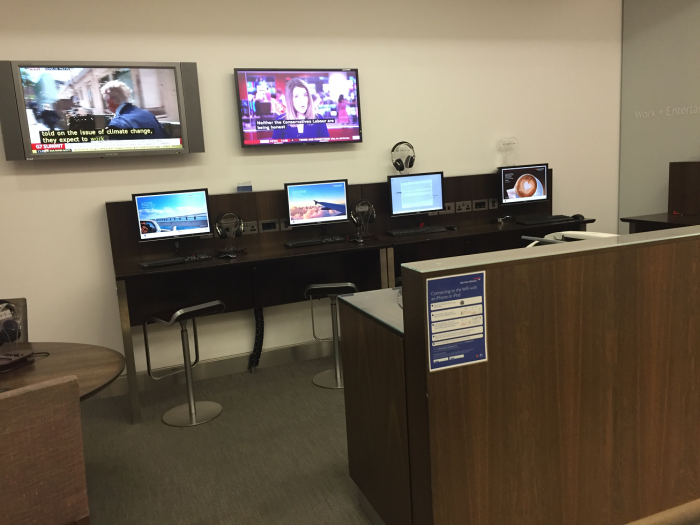 There is also an Elemis spa located inside the lounge.  I was under the impression that complimentary treatments at the Elemis spas are limited to only first class passengers, but I was surprised to learn after the fact (see here) that both business and first as well as BA Gold customers (and I assume oneworld Emerald customers too?) traveling longhaul in any class are eligible for a complimentary 15-minute spa treatment.

The food in the lounge was decent; typical English breakfast fare, edible but nothing out of the ordinary. Unlike the American Airlines arrivals lounge in T3 which I wrote about here, there are no alcoholic beverages available in this lounge.  So if you’re the kind that needs a Bloody Mary or two to kickstart your day after a long flight, you might want to make your way over to the AA lounge (all customers eligible to access the BA arrivals lounge in T5 are also eligible to access the AA lounge in T3). 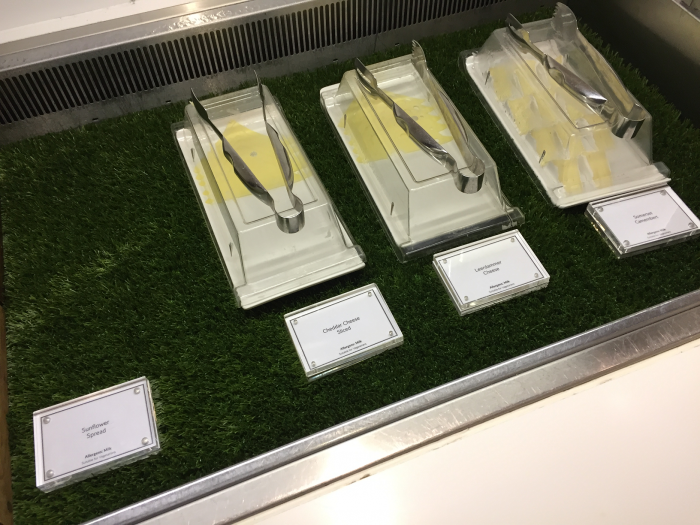 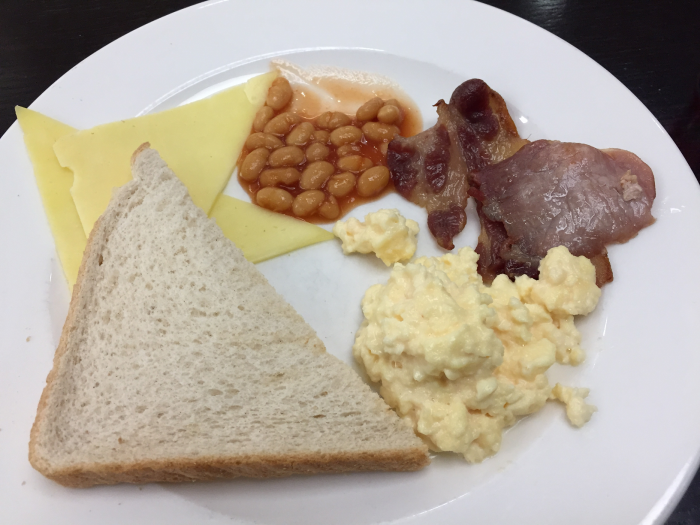 I’m glad I had the chance to check out BA’s premium economy service, but I must say I probably wouldn’t book it either via paid ticket or award, unless there was a really good deal and/or to earn additional EQMs and EQDs toward my AA elite status.  BA charges TWICE the mileage cost for a premium economy award ticket over economy (26k vs 13k one way off peak from BOS or JFK to/from LHR) which I think is ridiculous. Virgin Atlantic by comparison charges as low as 17.5k for premium economy and 10k for off peak economy awards on the same routes with similar carrier surcharges).