Fancy Your Own Airport Terminal? Entire London-Heathrow Terminal 1 Interior To Be Auctioned Off!

For those who are into airline memorabilia or plan to open their own airport Terminal something exciting is coming as as the old Heathrow Terminal 1 interior is being auctioned off to the last piece.

At the moment only bids for larger items are accepted (mostly machinery) but later on a series of auctions will also make it possible to purchase signs, counters, baggage frames an everything to think of.

When facilities such as terminals, train stations and similar things are destroyed to auction off things of potential value to interested buyers before all leftover items are being thrown away.

Aviation enthusiasts are often very interested in purchasing anything related to their hobby so it’s not too uncommon to find a baggage frame, dining trolley or a terminal sign in somebodies living room or basement.

The company invites interested buyers for certain listed items that are stationary inside the terminal to go and have a look. Since it involves entering the airport visitors might have to undergo a screening.

Here are some of the items that are being sold: 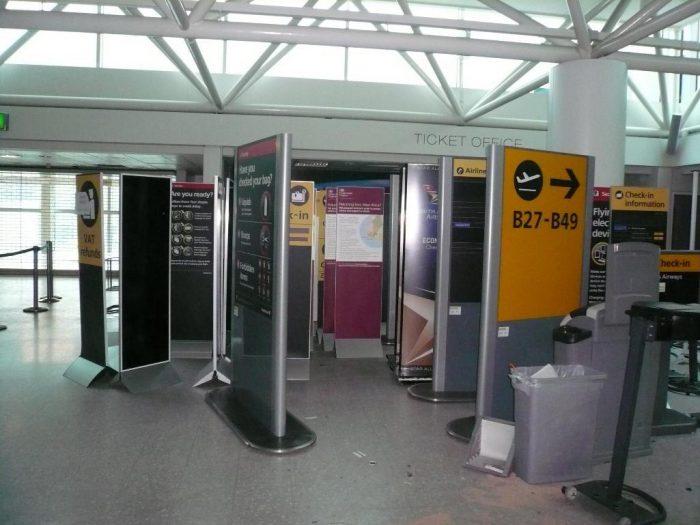 Have a look at the gallery on the website referenced above. It’s really fascinating what they are trying to sell. The entire baggage handling system, customs counters, air condition units and other machinery are there too.

Unless you plan to open your own airport the larger items aren’t very interesting to the average private person but the upcoming auctions will certainly be an entertaining thing to visit even if you don’t plan on buying anything.

Should you be in the London area during the dates outlines maybe you want to register and have a look while the auction is going on.

Le Club AccorHotels Worldwide Up To 50% Off Private Sales June 7, 2017

Fancy Your Own Airport Terminal? Entire London-Heathrow Terminal 1 Interior To Be Auctioned Off!

Netherlands Allow Vaccinated Visitors From The US & UK From September 22, 2021