Air France has blacklisted a female Chinese passenger who turned put to be a PhD Student for slapping one of their airport workers after she was denied check-in for showing up past the cutoff time.

The incident happened at Wuhan International Airport from where the 36-year old woman was scheduled to travel with her family – unfortunately she showed up 14 minutes after the deadline and was denied to check-in.

Airport surveillance captured the woman barging behind the check-in counter and attacking the worker on duty for the Air France departure that day.

CGTN News, an English news site from China (access here) reported the incident with some images.

A woman from Wuhan missed her flight to Paris and secured a position on the Air France blacklist for repeatedly slapping an airport worker on Thursday.

The passenger, surnamed Zhang, arrived at the check-in counter of Wuhan Tianhe International Airport in central China’s Hubei Province with her husband and child at 9:49 a.m., 14 minutes after the gate for her scheduled Air France flight to Paris was closed.

Barred from boarding the plane and advised to change her flight schedule, the irate and tardy passenger was caught by surveillance footage bursting behind the counter and then viciously slapping the female check-in worker on the face until she was stopped by her husband.

“I’m just five minutes late!” the woman, later identified as a local PhD student, reportedly roared amid a volley of insults while assaulting the attendant, according to Chutian City newspaper.

The woman was then taken away by local police, and has been detained for 10 days following an investigation.

The 36-year-old PhD student was blacklisted by Air France, Chutian City Newspaper reported citing officials from the Tianhe airport, meaning she is banned from taking any flight with the airline across the globe.

On Friday, an aviation company affiliated to the airport revealed to local media that it is applying to the Civil Aviation Administration of China (CAAC) to add the woman to the domestic air blacklist, which would temporarily suspend her from flying with any Chinese airline.

There goes another one for the blacklist. While people are certainly stressed especially when they run late or have children in tow there is zero justification for stepping behind the counter and especially hitting an employee. 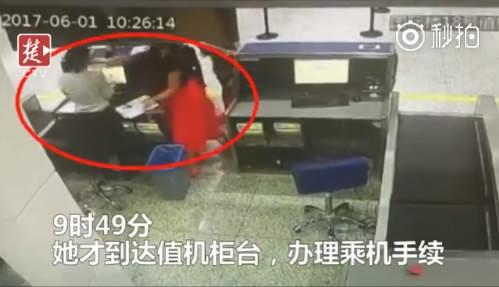 The short stint ended at the police station as described: 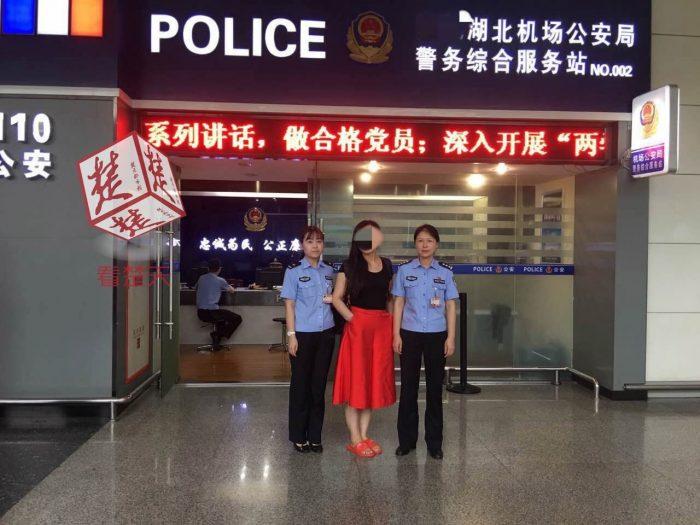 Sometimes you really can’t help but wonder why this craziness is always at it’s highest stage at airports and while traveling, maybe the stress indeed gets to people.

There was huge outrage in Chinese media and social media condemning the woman for her disgraceful acts so it’s not like criticism about this incident is limited to foreigners or people outside China.

Let’s hope she won’t fly again for a long time. The travel ban levied upon people by the Chinese government can range over multiple years depending on the severity of the case.