For a very long time, Americans wishing to visit Cuba used to sneak in via Caribbean or Mexico and just asked the Cuban immigration agents not to stamp their passports. 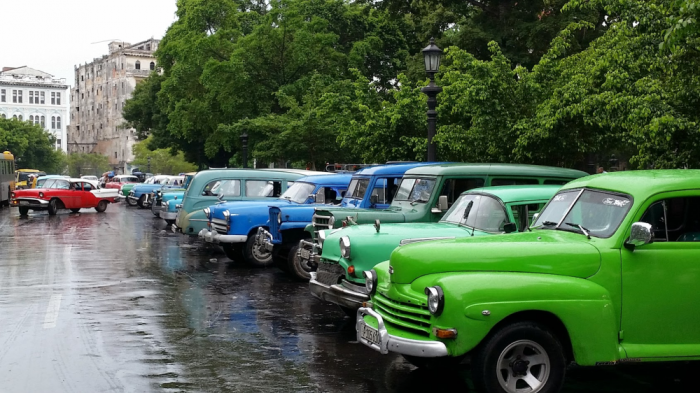 The previous administration made it easier for many to visit the island. Americans could self declare that their trip was people to people (basically educational) and keep their receipts and schedules for few years in case someone would like to review them. This is apparently is soon changing.

But the ease with which U.S. citizens have been able to travel to Cuba over the past two years could also be affected by a significant change in Treasury’s control over their activities. Although the U.S. government does not technically prohibit Cuban travel, Treasury regulations under the embargo prohibit the expenditure of U.S. dollars without a special license. Successive presidents have eased and tightened that prohibition, and Obama significantly loosened it by allowing individuals to “self-declare” the purpose of their travel in one of a dozen allowed categories, including for educational, commercial, or “support for the Cuban people” purposes.

While Americans have long been required to be able to “authenticate” the purpose of any visit to Cuba, and to keep receipts and records for five years, the rules were rarely enforced. The White House officials indicated Trump would call for a tighter enforcement.

Isn’t it weird that Americans can freely visit such a wonderful country as North Korea but small Cuba is such an evil place that should be avoided at all cost? Never really understood this trade and travel embargo beyond the very vocal but very politically savvy Cuban diaspora in Miami.

I would assume that many of the routes that the US airlines have recently opened to the island will soon be reduced (some have already been dropped) or downgraded to smaller planes.

It has been few years since I have been to Havana and have been planning to make it back there sometime this fall. Just hoping that the situation with the internet would have improved!