British Airways trade union representing Mixed Fleet flight attendants have given the airline two weeks notice that they intend to strike for more than two weeks between July 1 – 16, 2017.

Mixed Fleet consists of around 2,900 flight attendants that work both on short and long-haul routes. 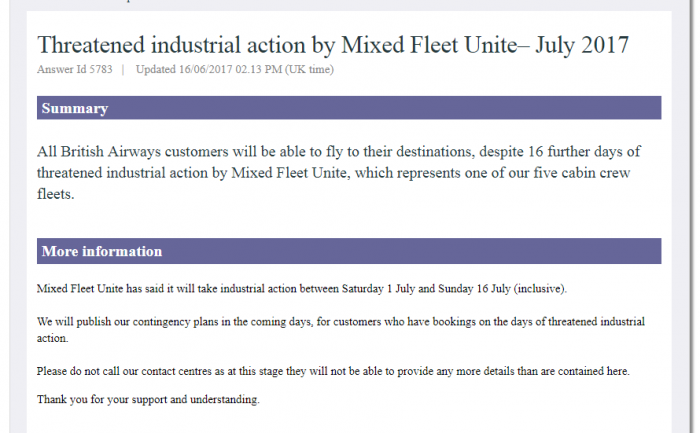 The airline was able to operate most of the schedule during the previous strikes but getting other airlines to operate flights could be trickier during the busy summer season and especially during prolonged strike period.

Those that are scheduled to fly on British Airways over these two week should follow what will happen with this strike.