Over the past few months, I have received emails and readers have left comments about inappropriate comments and I believe that the time has come to address this issue. 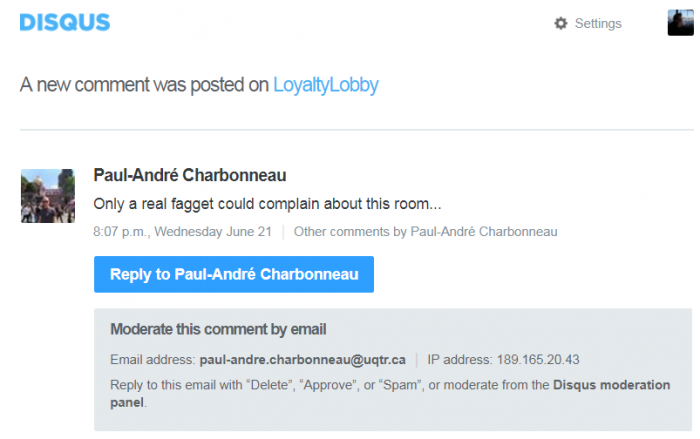 I have had very liberal stance towards comment moderation. As long as they have passed Akismet and Disqus spam and profanity control, they have appeared on the site. Unlike some other sites, I have never had an issue and still don’t, when readers leave constructive criticism about the pieces that we have up here on LoyaltyLobby. Personal attacks towards authors and foul language needs to stop, however.

Everyone who has followed LoyaltyLobby for the past close to six years know that I am passionate about hotels and loyalty programs. I genuinely try to help readers with the issues they have.

I am not in love with any of the program we cover here, however. Their goal is to extract as much money from us offering as little as possible in return. Our goal is the exact opposite. Some people have lost all the objectivity with the loyalty programs to which they belong to and that is not healthy relationship to one’s wallet and comfort.

I have learned long time ago that it never makes sense trying to please everyone. If you are trying to, you don’t please anyone.

You may agree with most of what I or us write, but disagree with some and that is fine. We don’t have to agree with everything. But when we disagree, we should try to learn why. Not call someone by names or attack the author.

The Disqus that we use for comments on LoyaltyLobby has a function to vote the comment down and perhaps to flag it as well. If there are inappropriate comments, this is what you should do. It basically makes the comment(s) vanish until we have a look at it (approve or delete).

The comment above was originally left to the RANT I wrote about the “new” Hilton Copacabana hotel in Rio de Janeiro that is the old Le Meridien hotel that hasn’t gone through any refurb for probably 15 to 20 years. Many readers were arguing that my opinion was completely wrong and that it looked like a fine Hilton. And then this one reader called me a “fagget” (sic).

I probably should write at some point about living in hotels for the past 14 or so years. I know what I like and what I don’t. I hate when hotels are misbranded and this happens with all the chains and not just with Hilton.

So, I really like comments that readers leave even when they don’t agree with my conclusion especially when they are well formulated and backed up. I certainly learn from them. We have certainly made a few mistakes on the more than 10,000 pieces written in the past 6 years or so, but we try our best every day.

So, keep the comments, emails, Tweets and Facebook messages coming. We always love to hear from our readers what they like, what they don’t like and what they would like us to cover. Just remember to be civil.

SURVEY: What On Property Elite Benefits Do You Value Most At Hotels?