A Beijing bound Delta Airlines flight was escorted back by fighter jets to it’s origin in Seattle on Thursday night after a passenger attempted to enter the cockpit. 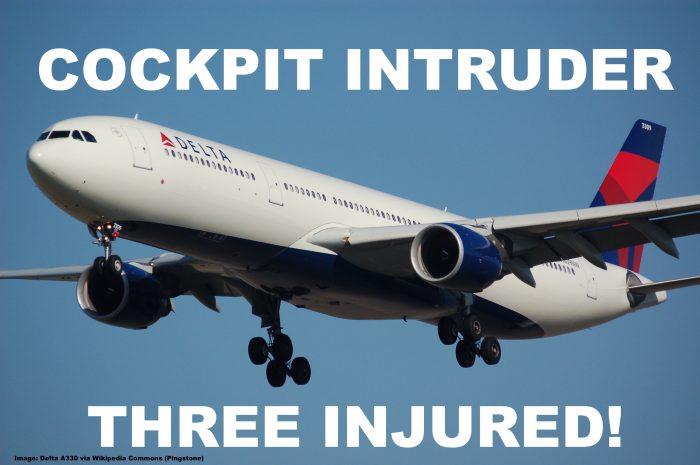 The incident also resulted in three injuries including one crew member, likely due to an altercation with the offending passenger.

The cockpit crew followed protocol and notified Air Traffic Control and immediately turned the flight back to Seattle-Tacoma.

A Delta Air Lines flight turned back after takeoff from Seattle to Beijing on Thursday night following a “security incident” in the first class cabin.

Initial information indicated an unruly passenger attempted to enter the jet’s cockpit, according to two people briefed on the incident.

Three people were injured in the incident aboard Delta flight 129, including one passenger and one flight attendant, according to Cooper. The unruly passenger was also injured, but he declined medical care.

The Boeing 767 returned safely to Seattle-Tacoma International Airport around 7:40 p.m. local time under a Department of Defense escort, according to the two people briefed on the incident. …

The suspect, a 23-year-old man from Florida, was arrested by the Port of Seattle Police Department, the FBI said in a statement. It said the suspect’s initial federal court appearance is Friday.

It’s rather strange that a Delta spokesperson would say ‘First Class Cabin’ as the airline doesn’t operate First Class on this route but their DeltaOne Business Class product.

I wonder what caused one of the passengers to go this berserk that it eventually cause three people including himself being injured. If it wasn’t such a serious matter I’d say he probably wasn’t happy with the service provided on Delta.

The incident caused a six hour delay until the flight was able to take off again for Beijing after passengers were interviewed and the aircraft serviced to be ready to continue the journey. I wouldn’t be surprised if they needed a fresh crew as well. The flight eventually departed Seattle at 11pm Pacific Time. That’s going to be a long and exhausting journey, especially for those passengers in Economy Class.