Virgin Velocity has added four additional partners that allow members to connect better in Mainland China as well as Hong Kong where status credits can be earned and soon elite benefits to be enjoyed.

The new partners are Hainan Airlines, Hong Kong Airlines, Capital Airlines and Tianjin Airlines which in combination will make a huge difference for travelers that often roam in the Greater China region.

Velocity slowly transforms itself to a pretty useful program that is very universal as far as partners and reciprocating benefits are concerned.

Velocity sent out an email about their new partners today but the same information can also be found on their website (access here).

Together with Virgin Australia, these airlines operate over 75 weekly flights from Hong Kong and 13 destinations in mainland China to Australia and New Zealand. As Velocity members you will be able to earn Velocity Points and Status Credits on these flights.

Velocity members can earn Velocity Points and Status Credits on the following services:

China is largely the territory of Star Alliance (Air China) and SkyTeam (China Southern, China Eastern). oneWorld flyers are completely SOL when it comes to partners in the Chinese market which is always pretty annoying.

None of the airlines that are now partners of Velocity are part of a big alliance and secretly I wish that oneWorld would find a way to woo Hainan into a membership (they already partner with Air Berlin Topbonus for mileage earning). I’m not too sure this is going to materialize anytime soon now that the Velocity cooperation has been unveiled.

For Velocity Elites this is very good news though as they now have a few good options for Greater China travel while still ejoying Elite Benefits and the opportunity to collect status miles.

Virgin Australia and its frequent flier program Velocity have just announced a further tier status extension for their members as...

Good news (at last) for members for members of Virgin Australia's Velocity program as the airline confirmed that partner award... 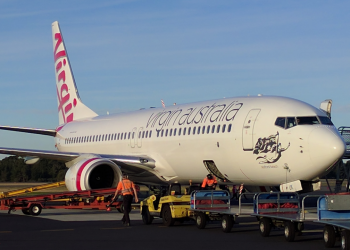 Virgin Australia is following the playbook of other airlines and is launching a new “family” of economy fares. You now...