Hainan Airlines is the latest carrier that goes the route of having their crew equipped with fashionable new uniforms and the design makes headlines all over the internet.

Their newly designed apparel features a variety of items such as a heavy overcoat, lighter jackets and an inflight uniform that is more practical during regular service.

So far their uniforms were pretty much standard and didn’t feature much of an oriental design which the new apparel definitely has.

The 2017 Laurence Xu Haute Couture Show, an event highlighting the work of the world-renowned fashion designer, was held in the ballroom at the InterContinental Paris Le Grand on July 4, 2017, during Paris Couture Week Fall/Winter 2017. The uniforms that were showcased combine elements of classical, time-honored Oriental aesthetics and the silhouette of a modern Western suit, infusing new vigor and fashion into the attire.

Repurposing the alluring look of the Cheongsam, a stylish traditional Chinese dress for women usually worn on more formal occasions, the uniforms feature a collar overlaid with a pattern of auspicious clouds and a lower hem with a pattern alternating sea and mountains which contrasts with the collar’s clouds and sky, drawing a comparison between a Hainan aircraft that has just taken off, and the roc, a mythical bird denoting strength, as it lifts into flight. The 3/4 sleeves denote simplicity and just the right amount of modesty, symbolic of the cabin crew’s high level of competence.

The apron is designed like a tulip-shaped dress to emphasize, in equal measure, elegance, femininity, aesthetics and practicality. The Western-style draping incorporates popular international fashion elements alongside a sense of high-quality professionalism. The fusion of traditional Chinese elements and popular international fashion created an Oriental masterpiece that turned heads in Paris. …

Driven by Hainan Airlines’ strategic vision of becoming one of the world’s most prominent carriers, two years ago, the airline opened a discussion with Laurence Xu that led ultimately to the creation of the new uniforms. During the design process, Hainan Airlines and Laurence Xu met and talked frequently, going through more than 1,000 design blueprints and trying out more than one hundred samples of garments and accessories.

The debut of the new uniforms at this year’s fall/winter session is not only the result of a combination of fashion with aviation, but also a cross-industry cooperation in terms of travel and fashion and a testament to Hainan Airlines’ ingenuity. The uniforms are now an element of the masterful visual experience that has become part and parcel of what the airline’s domestic and international passengers are treated to when they fly with Hainan. …

Here are some of the designs: 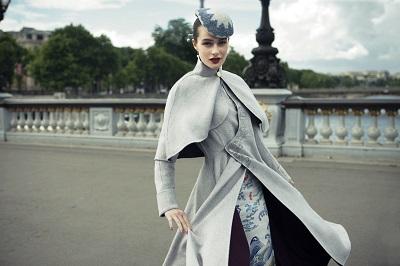 Hainan Airlines isn’t just known for flying from the tropical island in the south of China but it also has a hub at Beijing Capital Airport from where it operates many international flights including to Europe and United States. The overcoat might therefore be put to a very good use in the cold Beijing winter.

I’m a bit irritated why they used mainly Caucasian models for showcasing these new uniforms when at the same time they proudly mention the Oriental design aspects of this new collection. I think it would have represented the entire airline better to use Chinese or at least Asian models for this.

Especially the male overcoat seems to be a bit adventurous, in the group images above it is worn by a Caucasian gentleman who is well built with broad shoulders. I’ve flown Hainan a couple of times and none of their male flight attendants was very tall like that. The Cheongsam is a great design though.

Good choice by Hainan to go for a new set of uniforms after the current ones have been used for seven years now, a time in which the airline has come a long way and established itself on the market. Rarely anyone knew about Hainan Airlines back then and now they service a wide selection of destinations either direct of in cooperation with partners.

I was always satisfied with the service and on board product which is highly superior to their local competitor Air China. I suggest folks who have the opportunity to try them out at least once! 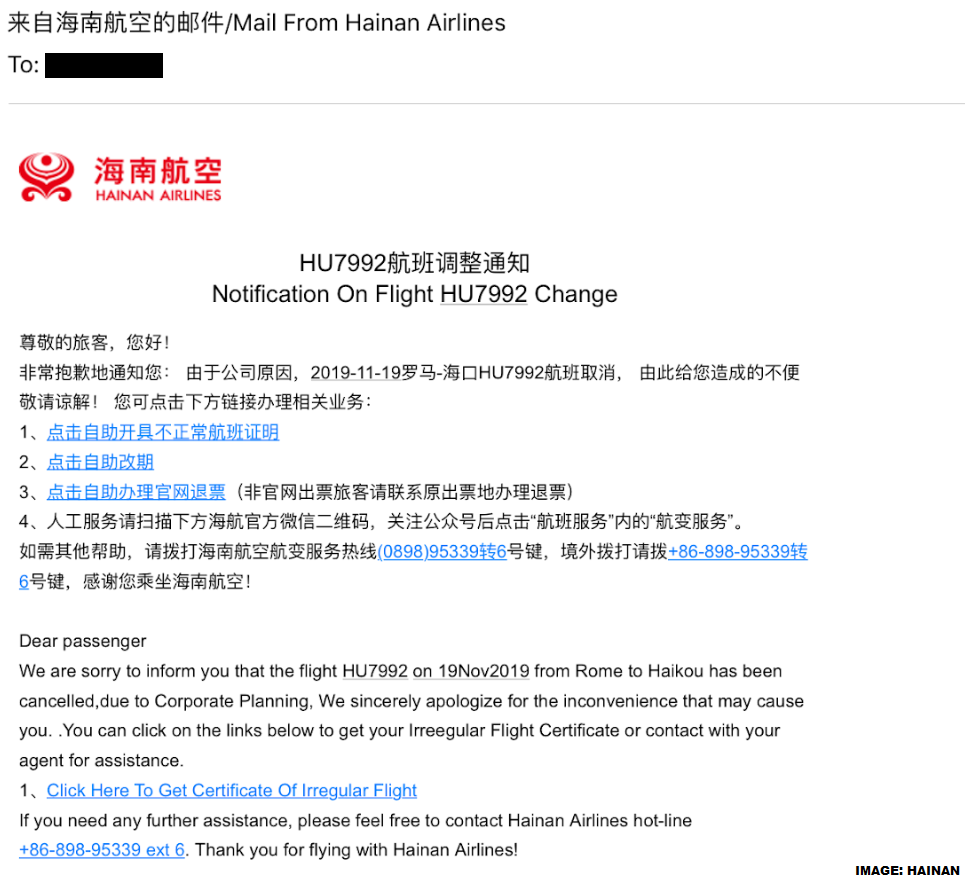