Air France has been mulling its own version of low cost airline already for a while but was disrupted by negotiations with its pilot and other unions (sometimes rather militant).

Pilots approved this week plans for the new airline that will be called JOON. It will launch this fall operating short/medium-haul flights from Paris Charles de Gaulle airport and is expected fly long-haul destinations starting sometime in 2018.

Here’s video that JOON has published: 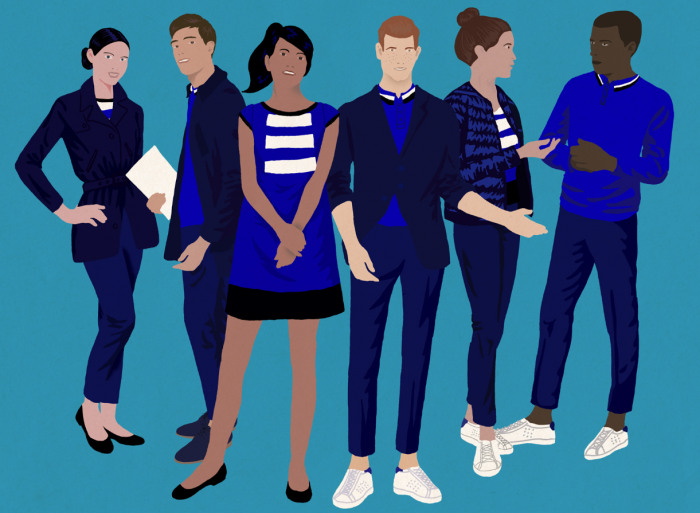 Joon is especially aimed at a young working clientele, the millennials (18 to 35 year-olds), whose lifestyles revolve around digital technology. This new brand has been entirely designed to meet their requirements and aspirations, with an authentic and connected offering that stands out in the world of air transport.

Joon will not be a low-cost airline as it will offer original products and services that reflect those of Air France.

Joon is a lifestyle brand and a state of mind. Short, punchy and international, the name Joon is designed to address a worldwide audience.

Its visual identity is based on an electric blue colour code symbolizing the airline’s dynamic attitude, as well as the sky, space and travel. The uniform of Joon’s flight attendants will be inspired by the new fashion codes, basic and chic.

“We started with our target customer segment, the millennials, to create this new brand that means something to them. Our brief was simple: to find a name to illustrate a positive state of mind. This generation has inspired us a lot: epicurean and connected, they are opportunistic in a positive sense of the word as they know how to enjoy every moment and are in search of quality experiences that they want to share with others. Joon is a brand that carries these values”, said Caroline Fontaine, VP Brand at Air France.

“With Joon, we have created a young and connected brand that will give the Group a new impetus. Designed for our millennial customers, it will offer more than just a flight and a fare, it will offer a global travel experience. We’ll provide a further update in September, with more details on the brand’s content, products, services, destinations and range of fares!” said Dominique Wood, EVP Brand and Communications at Air France.

The realization of the Trust Together strategic project

In the Air France-KLM Group’s brand portfolio, Joon is Air France’s complementary younger sister, which will also inspire its customers to travel with its elder sibling.

This new airline will be managed by Jean-Michel Mathieu, CEO of Joon. As such, he will join the Air France Executive Committee.

“The creation of a new airline is a historic moment in many ways. Joon is another step in the deployment of the Trust Together strategic project. Its creation will improve the profitability of the Air France Group, enabling it to reduce its costs and ensure the sustainability of its business model. Jean-Michel Mathieu, who has taken part in the development of this new airline since the start, today becomes its CEO. With all the Group’s teams, we are concentrating our energy on the successful launch of Joon.” said Franck Terner, CEO of Air France.

Not sure how this airline is going to succeed? It is staffed by Air France pilots, it flies to destinations that are uneconomical or not enough profitable for Air France to serve, it charges roughly the same as Air France and only the cabin crew is separately hired for the airline.

Seems that it is the pet project for the European airlines to launch “low cost subsidiaries” at the moment, although Air France claims that JOON isn’t one. These have been somewhat successful with Asian airlines and remains to be seen how they work with western ones that have unions in place (you cannot just move routes around).

Air France already has HOP! for short-haul and some European routes. It remains to be seen what routes Air France will open or farm out to JOON. We should learn more about this JOON experiment come this fall.