There was an interesting development past week when Etihad Airways announced that it had sold its stake in Etihad Regional (Darwin Airline) to Ljubljana based Adria Airways (Star Alliance member).

Etihad earlier sold its stake in Aer Lingus to IAG (parent of British Airways, Iberia and Vueling) and is going trough a “strategic review” since last year of various airline holdings it still has. Not sure what it will do with the Topbonus and MilleMiglia frequent flier programs it also controls?

You can access Etihad’s web page for partner airlines here. 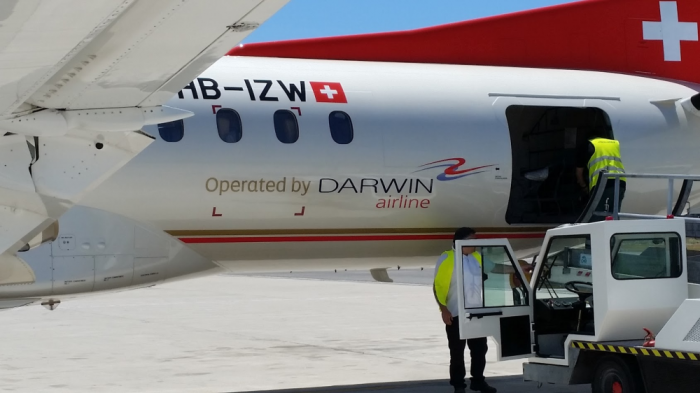 You can read more about this on Reuters (access here) of which below is an excerpt:

Etihad, which held a 33.33 percent stake in Darwin Airline, and other investors have sold their shares to a new Swiss subsidiary of Slovenia’s Adria Airways, according to a Darwin Airline statement on Thursday.

An Adria Airways spokeswoman told Reuters it had bought 99.1 percent of Darwin Airline and would purchase the remaining shares “shortly”.

Seems that Etihad’s “Equity Alliance” is in big trouble that was put together during the previous CEO’s term (James Hogan) that just exited the airline. The purpose was to use these equity partners to feed traffic to Etihad’s network.

Alitalia is in administration. Airberlin has lost billions (and is perhaps being sold to Lufthansa) and its NIKI subsidiary was being offloaded to a join-venture between Etihad and TUIfly. This JV was called off in June, however.

I flew on Etihad Regional (Darwin Airline) once or twice to/from Bolzano (Northern Italy) just before the airline was exiting the market. Not sure why Etihad was interested in investing to it in the first place in 2014 beyond some feeder traffic it could provide.

Let’s see how long it will take before this Adria Airways Switzerland will become part of Star Alliance like its Slovenia based parent.

Airfare of the Day [Business Class] ETIHAD Tokyo to Paris from $1,772

Airfare of the Day [Business Class] ETIHAD Singapore to Athens from $1,346